After meeting at the equestrian statue of William II you will begin your walking tour through the old town of The Hague. Head towards the Binnenhof and be immersed in the life of some famous people who passed through this city.

In Parliament Square, you will admire the façade of this imposing building, which has been the parliamentary seat of the Netherlands since 1446. From there, travel to the Escher Museum, formerly the Queen's Palace. Then, continue to explore the exterior of the Royal Palace, one of the four official residences of the Dutch royal family.

Your tour will finish in front of the beautiful Peace Palace, which houses the International Criminal Court.

Your intinerary will include:

Meeting point:
You will indicate your pickup location at checkout.
What to remember
Read more
Provider
Amsterdam Guías & Tours BV
Booking fee
Good news! No extra fees are applied to this booking.
Cancellation policy
Receive a 100% refund if you cancel up to 24 hours before the experience begins. 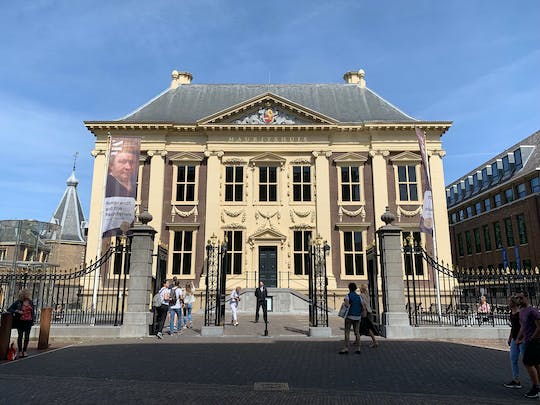