The National Air and Space Museum will teach you everything about the early history of flight to the Space Race and moon landings. You’ll visit the Apollo 11 Command Module exhibit and get to see actual moon rocks, the National Air and Space Museum has some of the most extraordinary artifacts. At the museum, there will be early models of planes like the Wright Brother’s aircraft and the Spirit of St. Louis, which crossed the Atlantic Ocean before such an accomplishment was possible. You will uncover the facts on the disappearance of well-known pilot Amelia Earhart as well. Visit a real space shuttle and see spacesuits worn by astronauts working on the Hubble telescope and discover the history of the pioneering program that through innovation and technology that made it possible to land a man on the moon. Before you depart from the tour, grab some freeze-dried ice cream in the gift shop to top off the astronaut experience.

Please meet by the sculpture in front of the Jefferson Ave. entrance to the National Air and Space Museum. 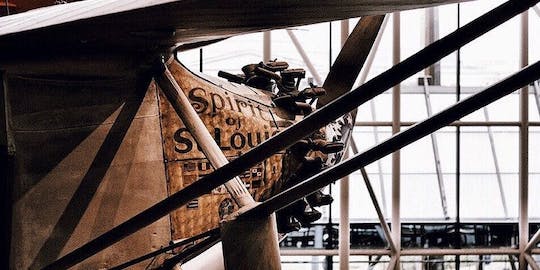