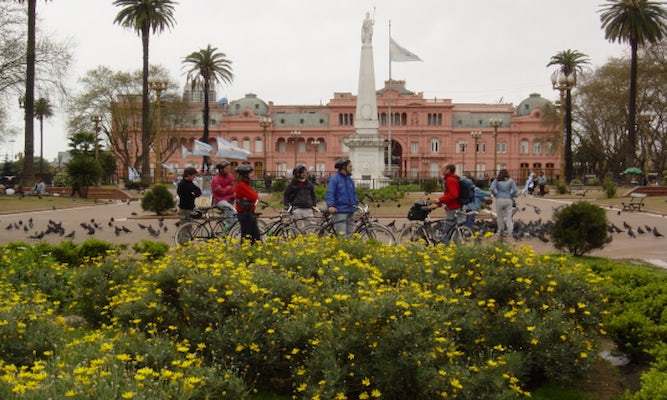 The tour starts in San Telmo, one of the oldest neighborhoods in the city, which is known for its preserved colonial architecture.

Then we visit Plaza Dorrego, known for its great sightseeing of Buenos Aires. Around it there are cafes, bars and pubs with their tables on the square and houses of antiques and crafts. The square has shows of musicians and street dance, including tango exhibitions and Sundays takes place the “Feria of San Telmo” where the streets are occupied by antiques'shop.

Our way follows the “Parque Lezama” that features rustic paths, fake cement logs, viewpoints where once we could see the river, stairways and semi-underground.

Another of the most important attractions of Parque Lezama is the Russian Orthodox Church of the Holy Trinity Orthodox showing the style of the City of Buenos Aires in its principles.

Then we will go to the neighborhood of La Boca. This neighborhood is popular for its brightly painted buildings and the cosmopolitan history of it. Caminito is the main street and provides a great cultural expression and throughout the pedestrian we can also see local artists exhibiting their work.

Garibaldi Road will cross a street that is divided by a train track. Along three blocks, you can see the genuine building of the neighborhood with houses made of metal and painted in multiple colors. Along with the entire group we can also see the Boca Juniors Stadium.

To continuo with the tour, we´ll go to the Barrio de Avellaneda and cross the oldest and most famous ferry bridge. It is a ferry bridge located in Buenos Aires, which was opened in 1914 and currently work is done to rehabilitate. It was created to transport pedestrians, cars, vehicles and trams. It is one of the last 8 transporter bridges left in the world.

The tour will continue for the newest neighborhood in the city which is Puerto Madero. It is the most visited by locals and tourists. His old Docks are converted into restaurants, lofts and offices category, with the best view of the city and the Rio de La Plata. From there, we will go to the Ecological Reserve, an area that lies between the city and the Rio de la Plata where nature and the environment is protected, and preserves the original flora of the pampas.

One of the most anticipated tours of the tour is the visit to Buenos Aires Ecological Reserve which is located on the east side of Puerto Madero neighborhood. His large green space within the City of Buenos Aires makes it a pleasure to enjoy walking along the coast of Rio de la Plata.

Finally, we will visit Plaza de Mayo that since the founding of Buenos Aires is the scene of all major political events in the country, there are Government House (Casa Rosada), the Cabildo, the Metropolitan Cathedral and the main public buildings.

Read more
Provider
Tangol Srl
Booking fee
Good news! No extra fees are applied to this booking.
Cancellation policy
Unfortunately, we can't offer you a refund nor can we change or cancel your booking for this particular product, due to our partner's policy. 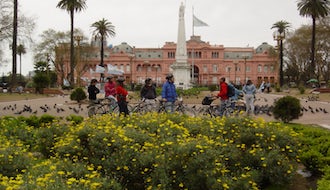 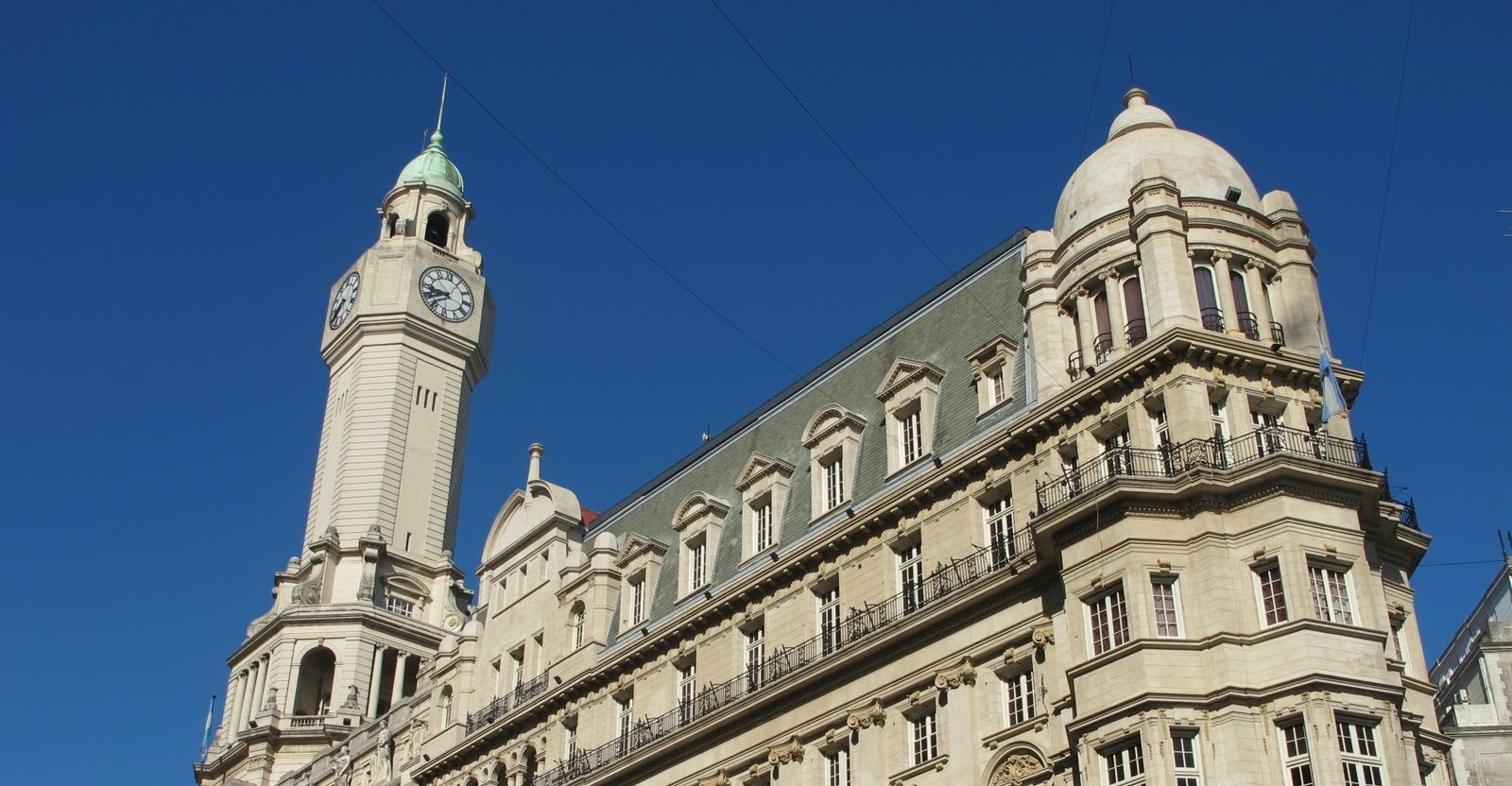 Meet your guide in the late morning and begin the tour with a visit to the Colon Theater. The opulen...

Village of San Antonio de Areco and the Estancia Tour

Start your tour from your centrally located hotel in Buenos Aires. Head to the charming village of S...

Delve into the tango spirit during this early tango dinner-show with private transfer. Your driver w... 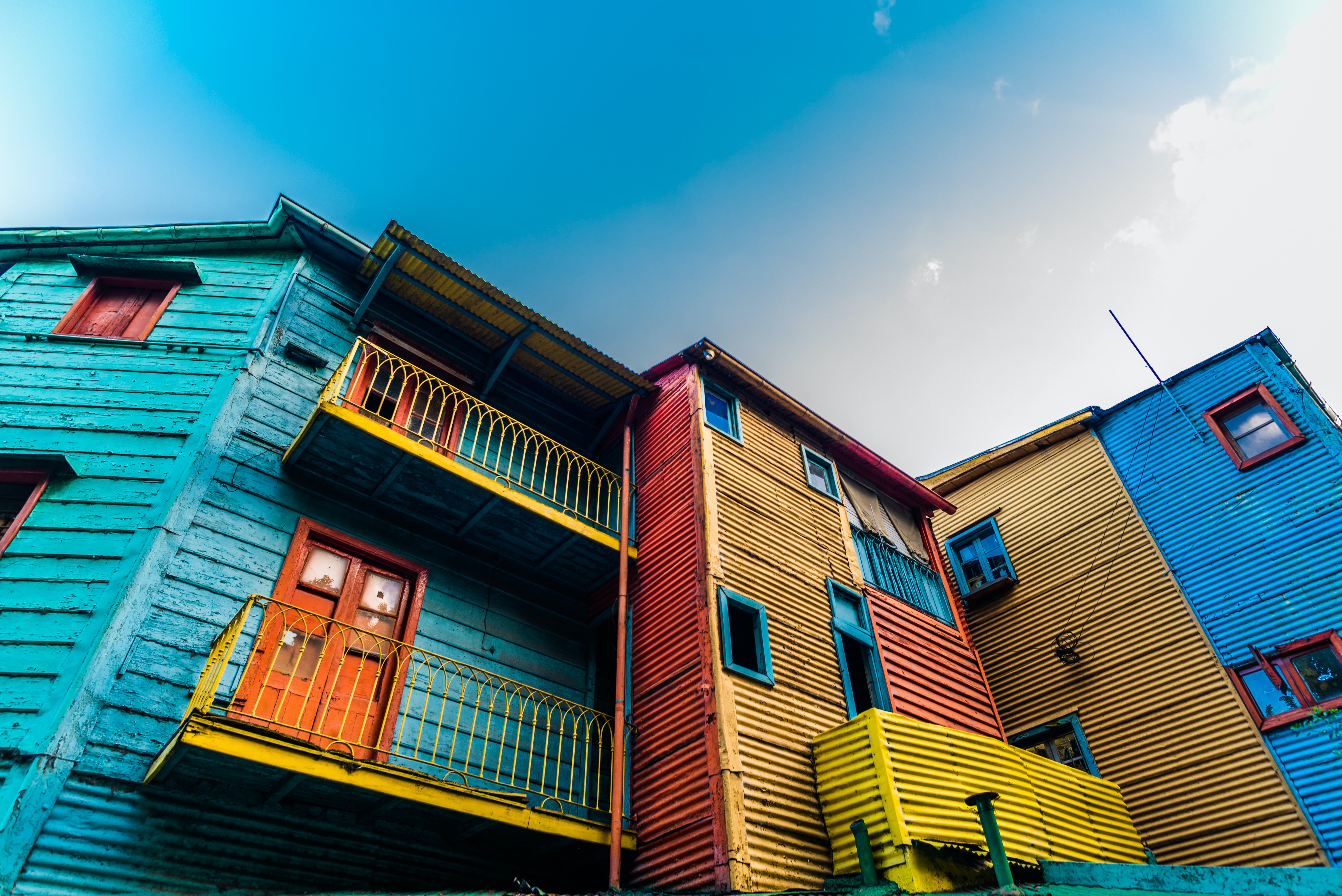 This 3-hour, small-group tour will show you the main and most important landmarks of the city of Bue... 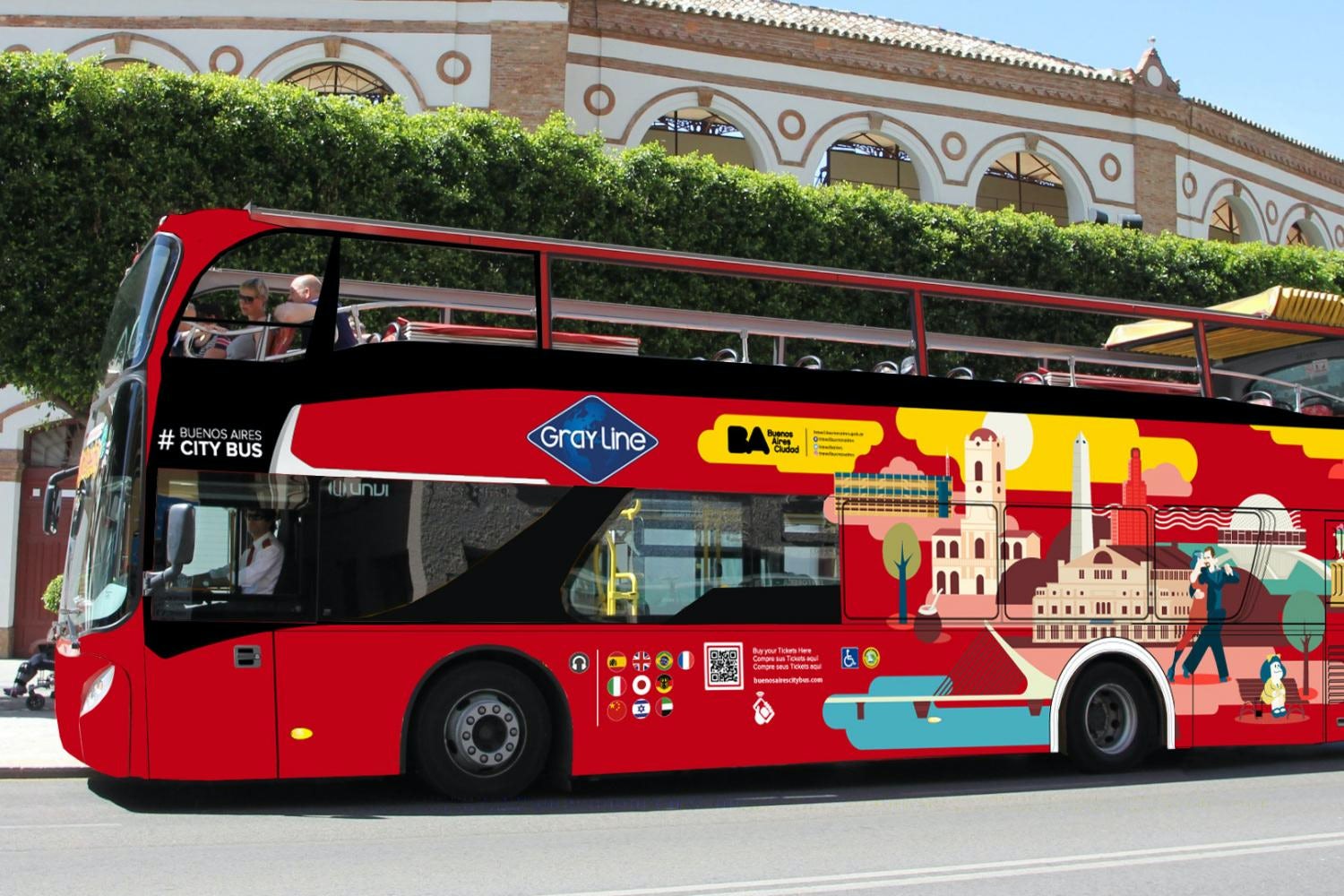 Explore Buenos Aires at your own time, with this hop-on-hop-off sightseeing bus tour with audio comm... 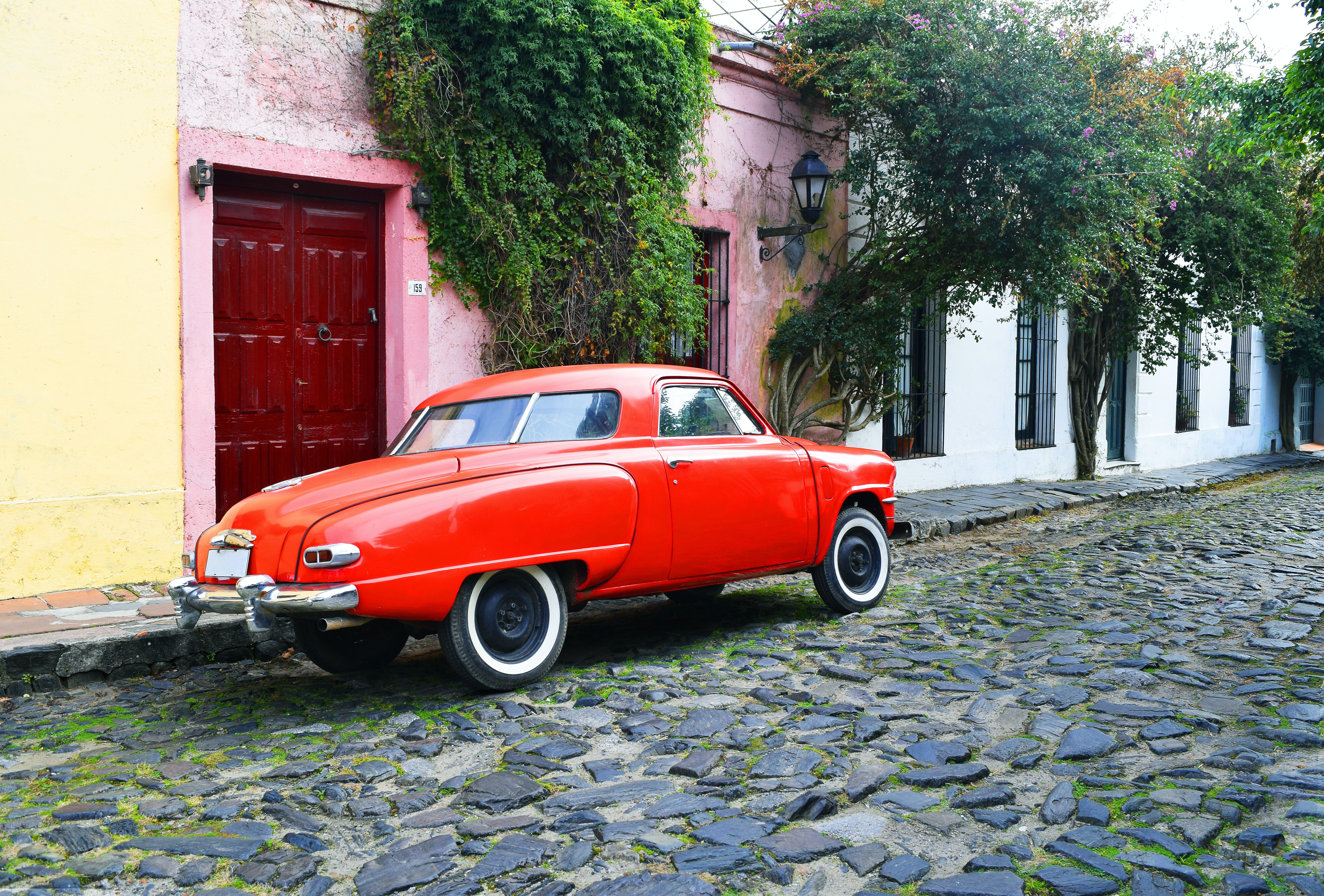 Your full-day tour starts at your hotel in Buenos Aires. Your guide will then take you to the statio... 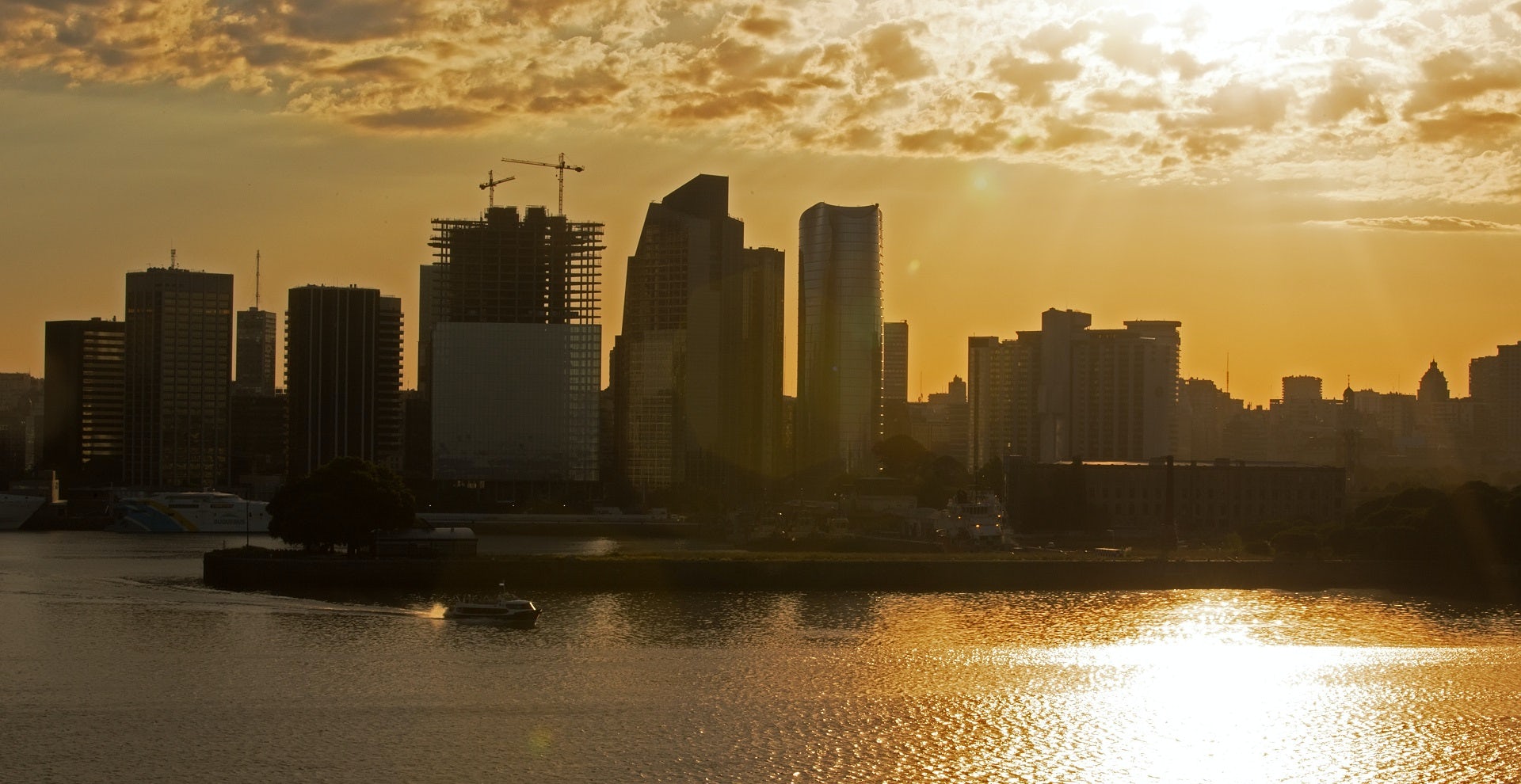 Admire the beauty of Buenos Aires at sunset as you navigate the Rio de la Plata enjoying free drinks...

This wheelchair accessible private tour is available in many different languages and offers you the ...

Piazzolla Tango is THE Center for Art and Entertainment, with over three thousand square meters dedi... Take part to our special and unique tour to Tigre departing from Buenos Aires to the Delta in a firs...

Buenos Aires
View all experiences
from:
$ 30.28