Located inside Dubai Parks and Resorts™, Motiongate™ Dubai is the region’s biggest Hollywood-themed park, featuring exciting attractions based on three most popular motion picture studios, such as Lionsgate, Dream Works Animation and Columbia Pictures. You will make the most of this 1.9-million-square-feet-park with 27 exciting rides and games, scattered across its five zones, such as Studio Central, Columbia Pictures, Smurfs Village, Lionsgate, and Dreamworks. With seven one-of-its-kind attractions, Columbia Pictures has exciting rides based on some of the most thrilling Hollywood movies like Hotel Transylvania, Ghostbusters and Zombieland. In the Smurfs Village, you’ll get to discover its fives attractions which transport you to the fantastical land of the Smurfs. Lionsgate is where you can have fun on thrilling rides inspired by The Hunger Games. Moreover, the Dreamworks zone is vast and has four themed sections with amazing rides, highlighting movies including Kung Fu Panda, Madagascar, How to Train Your Dragon and Shrek. Motiongate™ Dubai has everything you could ask for in a theme park, from extreme rollercoasters to family-friendly experiences.

Motiongate Dubai is located at Dubai Park and Resorts off of Sheikh Zayed Road near Palm Jebel Ali.

What to remember
Read more
When
Read more
Provider
Rayna Tours LLC
Booking fee
Good news! No extra fees are applied to this booking.
Cancellation policy
Receive a 0 % refund if you cancel up to before the activity begins. Enjoy a break from sightseeing and have fun in Legoland Water Park. It has everything you can possib...

Experience an exhilarating adventure in the vast Dubai desert! Your half-day excursion begins with a... 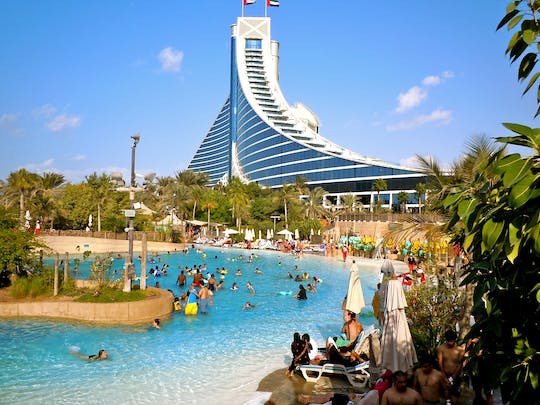 Wild Wadi Water Park is the largest water park in Dubai and also one of the most exciting ones. Expe... 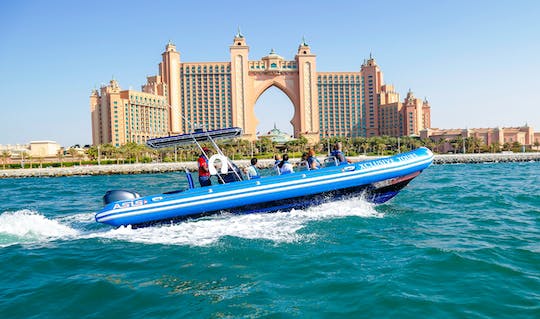 This guided tour starts from Dubai Marina Walk and will give you the chance to capture picture perfe...

Dolphin meet and greet with photo souvenir and Aquaventure entry

Come meet and take a picture with a fascinating and friendly dolphin without having to get into the ... 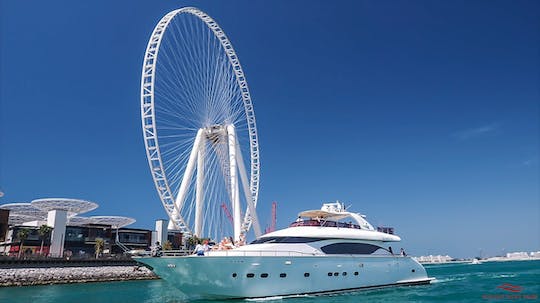 Enjoy exploring the Dubai Sea without having to hire a private yacht, with this cruise. Meet like-mi... Wander to a spot near the waters of the “Gulf of Oman”, and let this boat ride be your gateway to th... 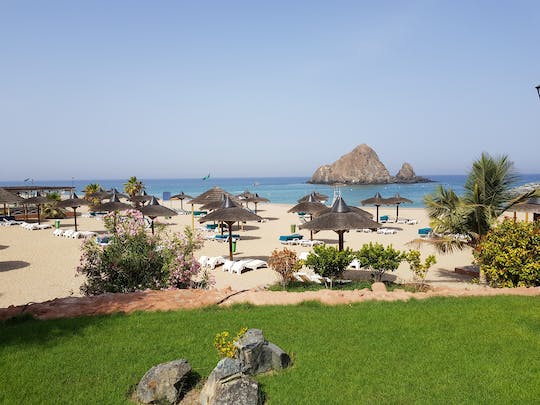 East coast city tour with snorkeling and lunch from Dubai

Hit the road toward the coastal side of the UAE and enjoy a full-day tour with a visit to the Arabia... 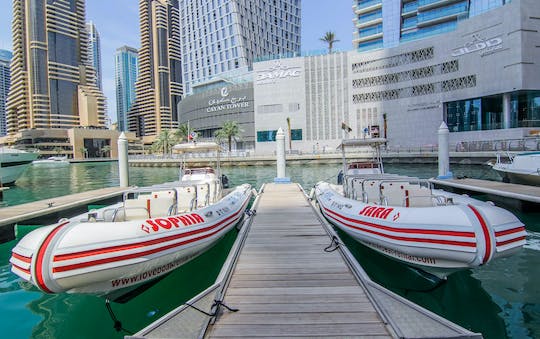 Learn about Dubai's past, present and future on this unique Visons of Dubai tour. You will start wit...