Discover the art, culture and medieval history of Tuscany on this private day trip from Florence. Book the experience for your private group and enjoy exclusive attention from your driver/guide. Marvel at top attractions such as the Piazza del Campo and the 13th-century cathedral in Siena, then explore San Gimignano and the fortress of Monteriggioni.

The UNESCO city of Siena, one of Tuscany’s prettiest settlements, is known all over the world for the quality of its medieval architecture. Take in its top attractions such as the famous shell-shaped Piazza del Campo and the 13th-century Siena Cathedral. With your private driver leading the way, explore the Via di Città and Via Banchi di Sopra, lined with historic buildings and bustling shops.

During the day, you'll also visit the medieval fortress of Monteriggioni, which is nestled deep in the Chianti countryside and mentioned by Dante in The Divine Comedy. Once in San Gimignano, admire the soaring towers that dominate the skyline, stroll along the narrow streets and soak up the magical atmosphere of this beautiful city. Along the way, you'll gain insight into the region’s rich medieval heritage.

Pick up at your hotel only if it's located within the city borders. If you're staying outside Florence, the service will be provided at an extra cost. Please confirm the pick-up place and time directly with the local operator.

What to remember
Read more
When
Read more
Provider
Uniquetuscany private tours
Booking fee
Good news! No extra fees are applied to this booking.
Cancellation policy
Receive a 100% refund if you cancel up to 24 hours before the activity begins. 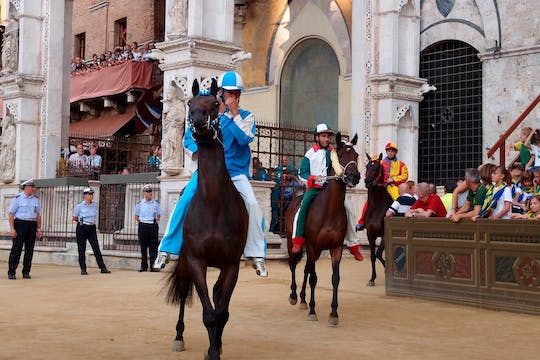 Buy your tickets for the Palatine Gallery and the Gallery of Modern Art. Visit Palazzo Pitti, one of the biggest museum complexes in Florence.

Book your skip-the-line ticket with audio guide for the Accademia Gallery: explore the museum at your own pace following the audio commentary in your language. 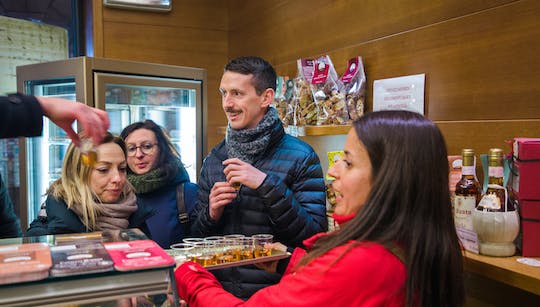 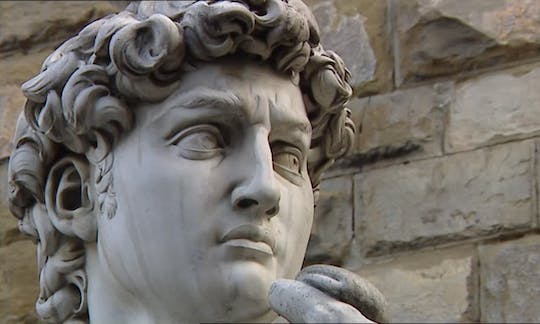 Make the most out of your time in Florence: skip the line to the Accademia Gallery and join a tour led by an official guide. 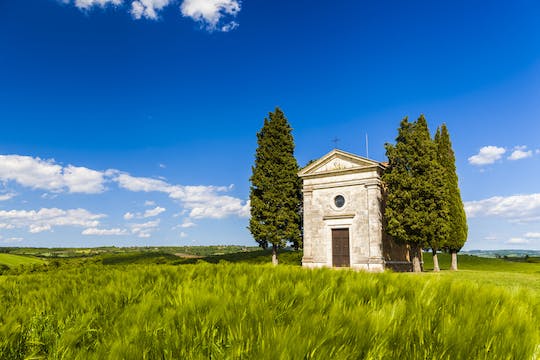 The ultimate foodie tour of Val d'Orcia from Florence

Taste the most appreciated Tuscan food and wine on this tour that will take you to Val d'Orcia, one of the most celebrated lands of Italian flavors. 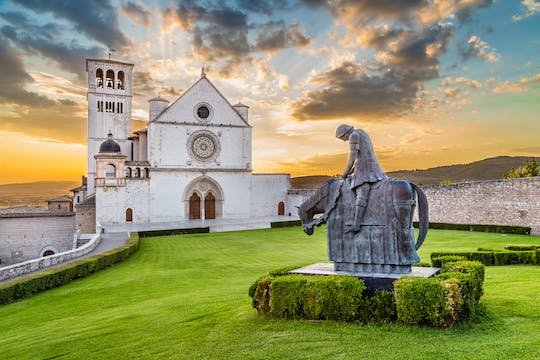 Join this tour through Umbria and Tuscany. Visit Assisi and discover Saint Francis' life. Move on to Cortona and enjoy the sublime view over the hills.