Join a guided walking tour of Florence that will take you through the winding alleys and beautiful piazzas of this amazing city; you'll get to learn its history, especially the Renaissance period, exploring a number of historical landmarks along the way.

At the historical Palazzo Strozzi, you'll have the chance to examine the perfectly preserved courtyard as well as the less-known Palazzo Davanzati, a great example of medieval architecture. Passing by the renowned Porcellino market, you'll head to the famous Ponte Vecchio, the city’s oldest bridge, built in the 1300s. While you take in the stunning views of the hills that surround Florence, you’ll listen to insights into the bridge’s history, and the famous Vasari Corridor that dramatically changed the shops built on the bridge.

You'll then visit Piazza della Signoria, the political heart of the city. The Uffizi Gallery, formerly the offices of the Grand Duke, is located on one side of the square and on the other side, Palazzo Vecchio, the former home of the Florentine government.

After a pleasant walk through the oldest part of the city, where you can admire tower houses from the 1300s, you'll enter Piazza Duomo where the imposing Cathedral of Florence is located, with its marble decoration and Brunelleschi's dome, an architectural triumph and the symbol of the Florentine Renaissance both for its unique design and for the architectural achievement itself. The tour ends in front of the Baptistery with its striking Porta del Paradiso, along with Giotto's bell tower.

Meet your guide in front of the white marble statue of Dante, by the church steps.

When
Read more
Provider
Raphael Tours and Events
Booking fee
Good news! No extra fees are applied to this booking.
Cancellation policy
Receive a 100% refund if you cancel up to 24 hours before the activity begins. 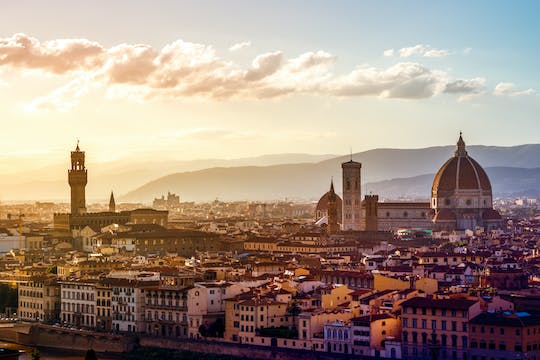 Find the treasure in the Uffizi Gallery, listen the stories of the Medici family and observe all the masterpieces in this amazing gallery.

Duration up to 1 hour
event.info.available_in:

Skip the line to the Accademia and Uffizi Galleries and explore the museums independently by listening to the audio commentary from a user-friendly app. Market tour and dining experience at a Cesarina's home in Chianti

Visit the local market and the historic food shops of Chianti, attend the show cooking and discover the flavors of real home cooking! 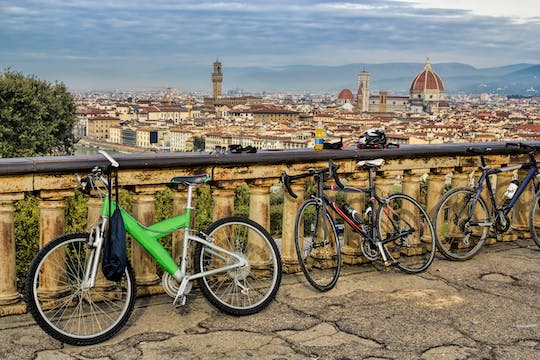 E-bike tour of Florence and its hills with tasting

Book this e-bike tour of Florence and its hills: visit the city's best panoramic spots, see its famous monuments and taste typical food and wine along the way. 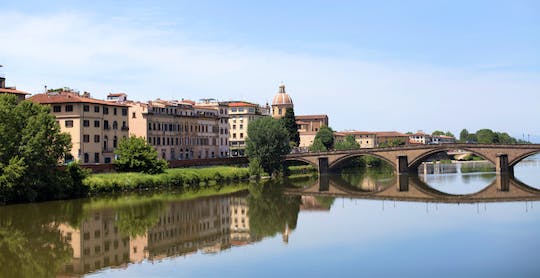 Enjoy a walking tour of Florence, learn more about the city's development through time and about the importance of the Medici family!