Duration: up to 96 hours

On your 4-day Christian tour of Israel you will be able to see all of the major religious sites and learn about the many historical cities incuding Jerusalem, Bethlehem, Jericho, Nazareth and Capernaum.

Start off with a panoramic view from the Mount of Olives and overlook Jerusalem new city and the Temple Mount Esplanade of the old city. You will travel along the Kidron Valley to view the Garden of Gethsemane and the walls of the city. Via the Armenian Quarter you will enter The Western (Wailing) Wall square. Then you will pass the local Bazaar to the Christian Quarter, the Stations of the Cross (Via Dolorosa) and the Church of the Holy Sepulcher – the site of the crucifixion. Next you will walk along the 1700 year old Byzantine main street, the Cardo and the renovated Jewish Quarter. Finally, you will ascend to Mt. Zion and on Saturdays, a visit the Hall of Last Supper and David's tomb. Tour the new city by car to Yad Vashem Holocaust Museum.

Note: Fridays, Saturdays and High Holidays, the Holocaust Museum is closed. You will instead visit Kind David's Tomb, Hall of Last Supper and Garden of Gethsemane

Bethlehem is the birthplace of King David, meaning City of Bread as a result of the wheat crop that grew in the region. You will drive to Bethlehem via Nativity Circle, visit the Church of Nativity, and also the cave where Jesus was born and the Manger Square, where Jesus was placed after his birth. Next, you will visit the Greek and the Catholic Church and the Milk Grotto, where Mary fed her son. You can view the Shepherd's Fields and visit the church.

You will depart for the Judean desert and on route you can view the Inn of the Good Samaritan. Overlook the breathtaking view of the moon landscaped Judean desert before a short stop at sea-level before you continue to Jericho - the oldest city in the world. Jericho is now under Palistinian authority and was first inhabitted over eleven thousand years ago, according to the archaeological findings. Your tur will stop at Zacheus Sycamore, the oldest Sycamore tree which Zacheus climbed in order to see Jesus walking by. You will visit the Mound of Ancient Jericho where 25 ancient cities were uncovered before you return to your hotel.

Your tour will start on Mount Olives visiting the place of the Ascension and Pater Nostra, where you can see the Lord's Prayer in 123 languages. After an overview of Jerusalem from the top of the Mount of Olives, looking down at the Old City and the Temple Mount, you will begin a descent, stopping at Dominus Flevit, where Jesus wept as he foresaw the destruction of Jerusalem and continuing to the Church of All Nations in the Garden of Gethsemane. Before ascending to the Old City and entering through the Lion's Gate, you look back at the Kidron valley and the Jewish cemetery on Mount of Olives, with the monumental burial sites at its base.

In the Old City the first stop is at the pools of Bethesda in the grounds of Church of St. Anne, mother of Mary. Underneath the Sisters of Zion convent you will see the ancient pavement with the games the Roman soldiers played engraved on the stones. This is where the Via Dolorosa, the Way of the Cross, begins, ending at the Church of the Holy Sepulchre.

By way of the coastal plain and the valley of Armageddon you will head to the Churches of Annunciation and St. Joseph in Nazareth. Nazareth is located in Northern Israel, and is the largest city in the North. It is made up of mostly Christians. Mary was told that she was going to give birth to Jesus, by the angel Gabriel here in Nazareth. On your tour you will pass Cana and the Church of the Miracle of the Multiplication and visit Capernaum, located at the foot of Mount Beatitudes. Capernaum, famously mentioned in all the Gospels, is located on the Sea of Galilee to the North, and was once a fishing village. Then, you will continue past Tiberias to Yardenit where there is the possibility of a baptismal service for participants. At the end you will pass Mount Tabor on the return journey.

You will have direct hotel pick-up services. Please be ready in the lobby at the designated departure time.

Read more
When
Read more
Provider
Booking Tours
Booking fee
Good news! No extra fees are applied to this booking.
Cancellation policy
Receive a 100% refund if you cancel up to 48 hours before the activity begins. 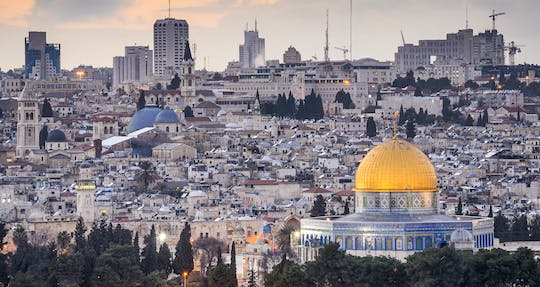 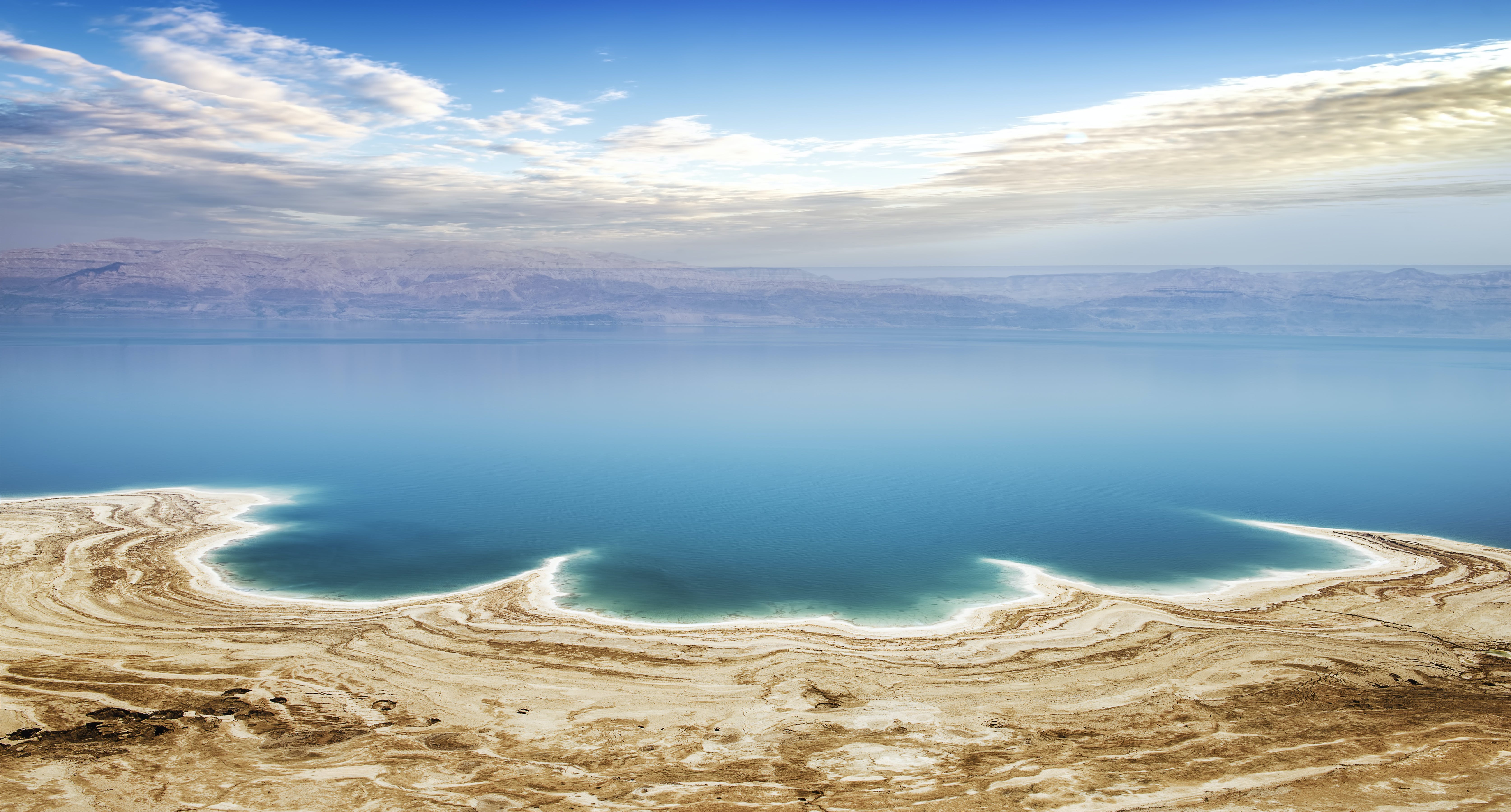 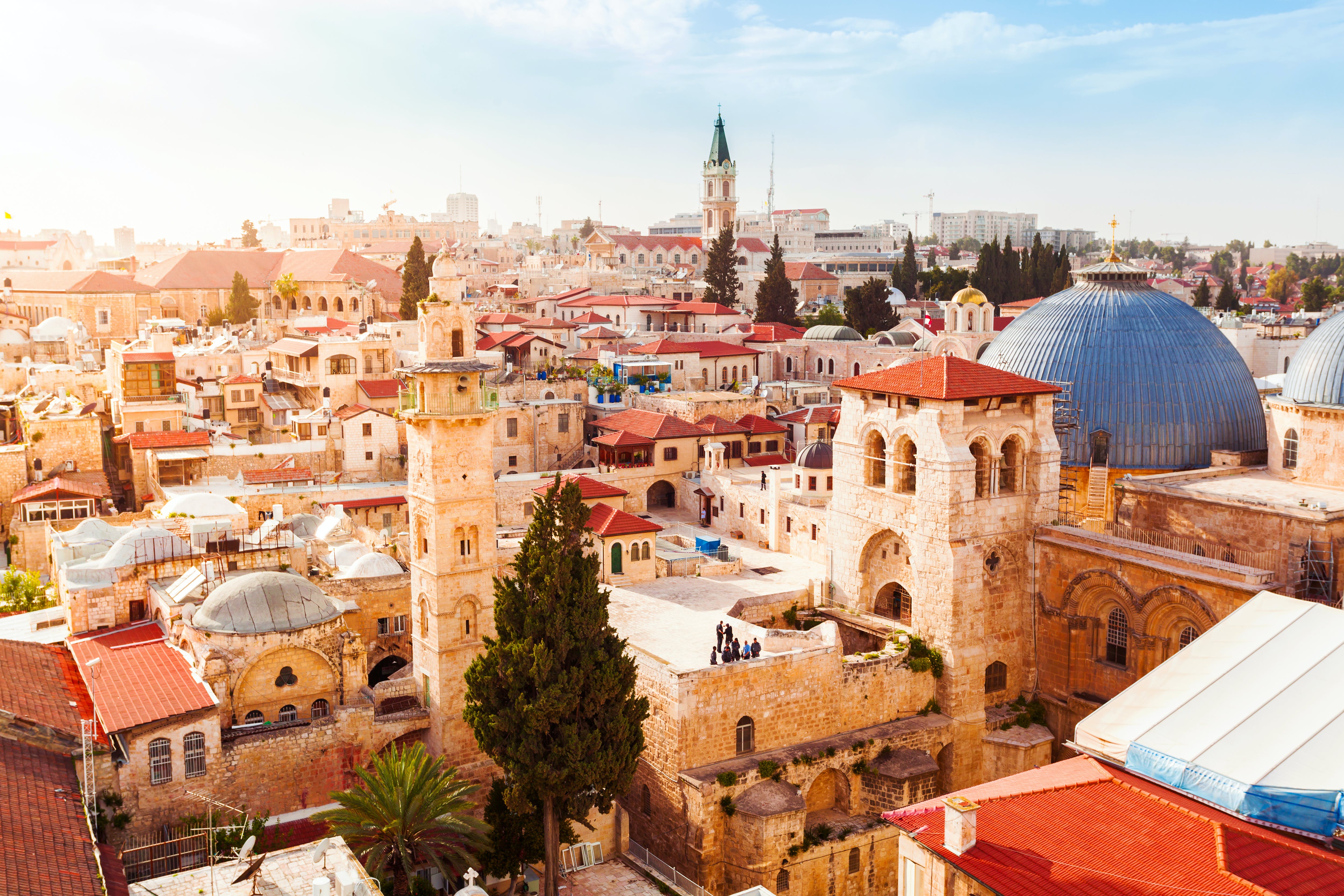 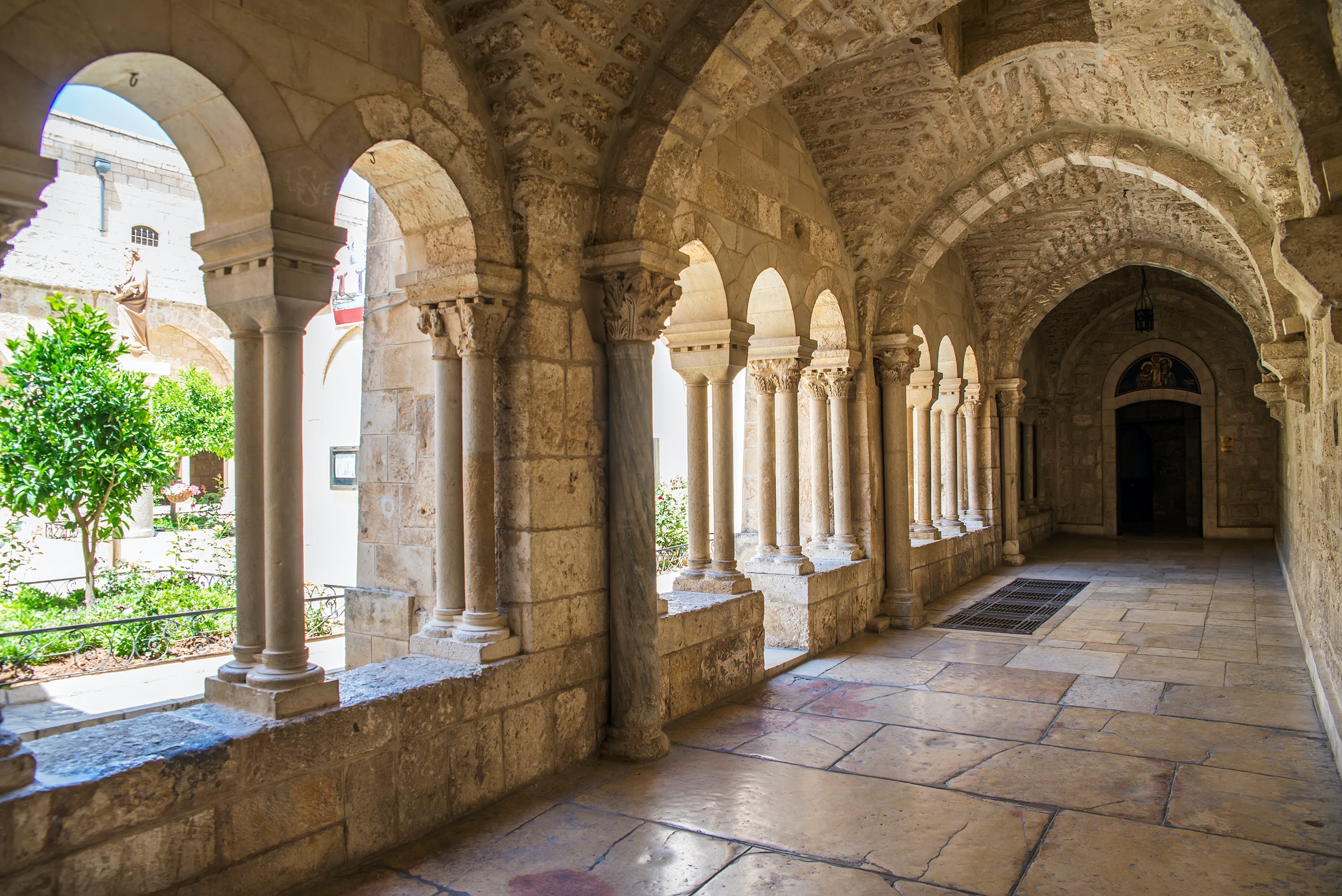 While enjoying the drive through the Judean desert getting a view for the Good Samaritan Inn, the Mo... 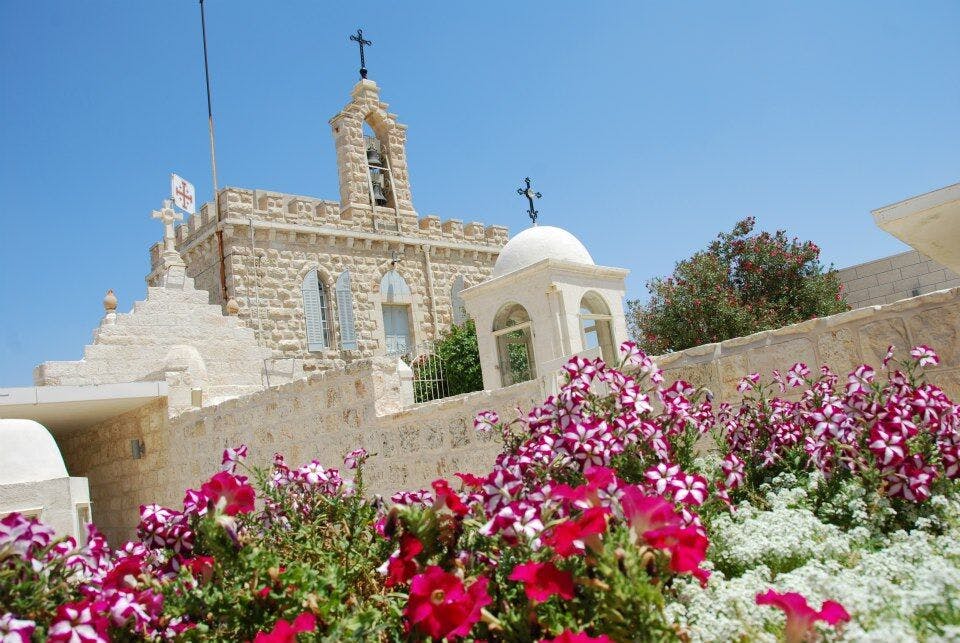 This tour is a great opportunity to explore the city with a an expert guide. Your first stop is one ... 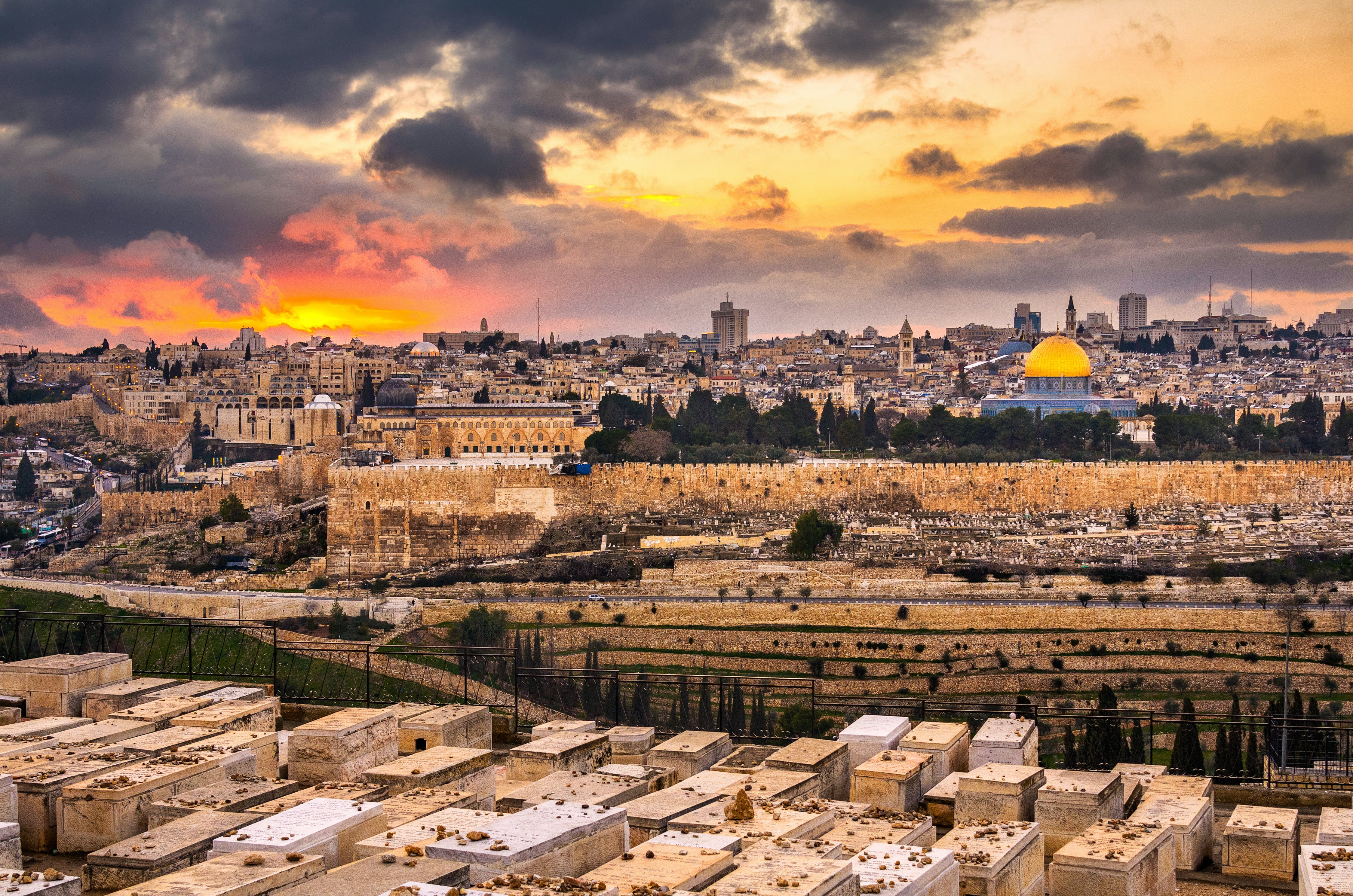 Drive to Mount of Olives for a panoramic view of the city, you will then stop at Mount Zion to visit... 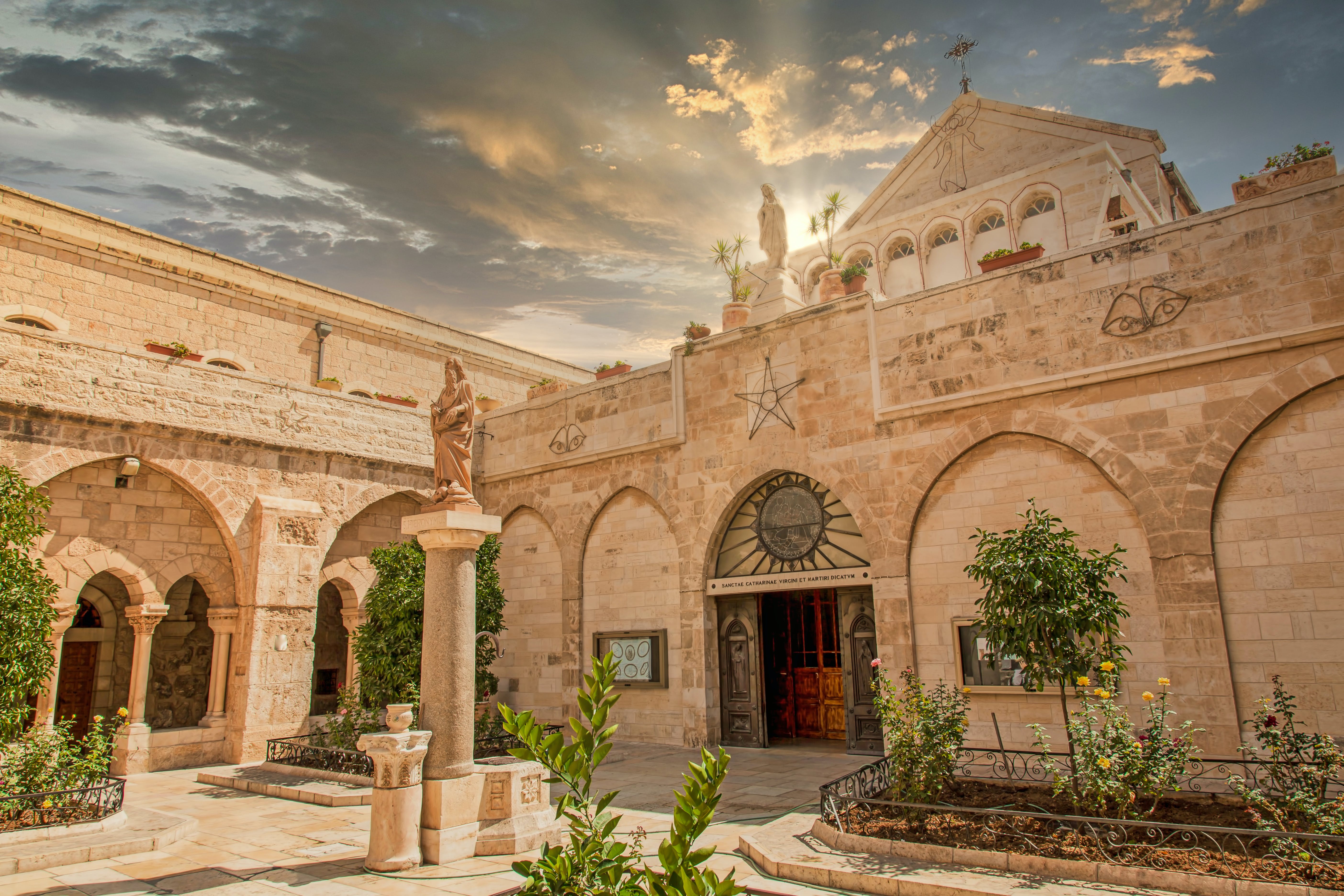 Day tour of Bethlehem, River Jordan and Jericho from Jerusalem

After departing from Jerusalem, you will head to Bethlehem and will have the opportunity to explore ...