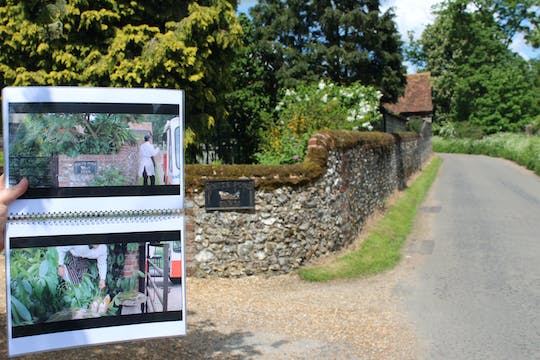 This guided small group James Bond Film LocationsTour is designed for true fans of 007, the most famous spy in the world. Led by a knowledgeable James Bond expert, you will get behind-the-scenes information on how the films were made, see movie clips as you pass the actual locations and discuss the books and your favourite moments from the films.

Throughout this small group tour you will of course be given plenty of opportunities to stretch your legs, take pictures and enjoy the experience of being up-close and personal at the film locations.

Part 1: Zukovsky’s Casino from The World is Not Enough, The Bladen Safe House and the milkman scene
Heading straight out of London to leafy Buckinghamshire by mini coach, your day will begin with a guided tour of the Victorian country house built for Alfred de Rothschild, which was used as the interior and exterior location for Zukovsky’s casino in The World is Not Enough. Your tour will take in the scenes from this movie and also highlight its history and use in other screen productions which include Downton Abbey and The Kings Speech. From here you will visit the picturesque 12th century house in the Chiltern hills of Oxfordshire featured as The Bladen Safe House in The Living Daylights, the secret location from where Koskov is abducted by Necros. In a country lane close by, you’ll also get the chance to track down the exact spot where Necros covertly eliminates the milkman.

Part 2: Lunch at Derval’s hotel, The Bladen Safe House and the milkman scene and a special country park
The next destination will be a charming town in the Chilterns to visit the 18th century coaching inn, which stood in for the hotel where Major Derval stays in Thunderball; a stop will be taken here for lunch. Following a hearty lunch fit for a secret agent, you will get a chance to pay your respects at the location used as the resting place for Teresa Di Vicenzo/Tracy Bond in For Your Eyes Only. From here its onto Black Park Country Park just behind Pinewood Studios where you will see where numerous scenes from Bond have been filmed including the forest chases in Goldfinger and Octopussy, the pipe-line explosion from The World Is Not Enough and the Ugandan Rebel Camp from Casino Royale. Who knows if you’ll be lucky to see some filming taking place on the day.

Part 3: A photo-stop outside Pinewood Studios, Tibbett, Shrublands from Thunderball and Bond’s London home
There will be a short photo-stop outside Pinewood Studios, the leading destination for film makers and where the Bond films have been made since Dr No in 1962. From here there will be a short stop to see where Bond on horseback discovers that Tibbett has been killed by MayDay in his Rolls Royce in A View to a Kill. From here you will visit the location used as Shrublands in Thunderball before you head back to London, leaving just enough time to drop by the West London location used as Bond’s apartment in SPECTRE.

Children up to 16 years old: reduced

Read more
Provider
Brit Movie Tours
Booking fee
Good news! No extra fees are applied to this booking.
Cancellation policy
Unfortunately, we can't offer you a refund nor can we change or cancel your booking for this particular product, due to our partner's policy.

Mobile voucher accepted
from:
$ 112
Sorry, it's sold out
Unfortunately all tickets have been sold out for this event 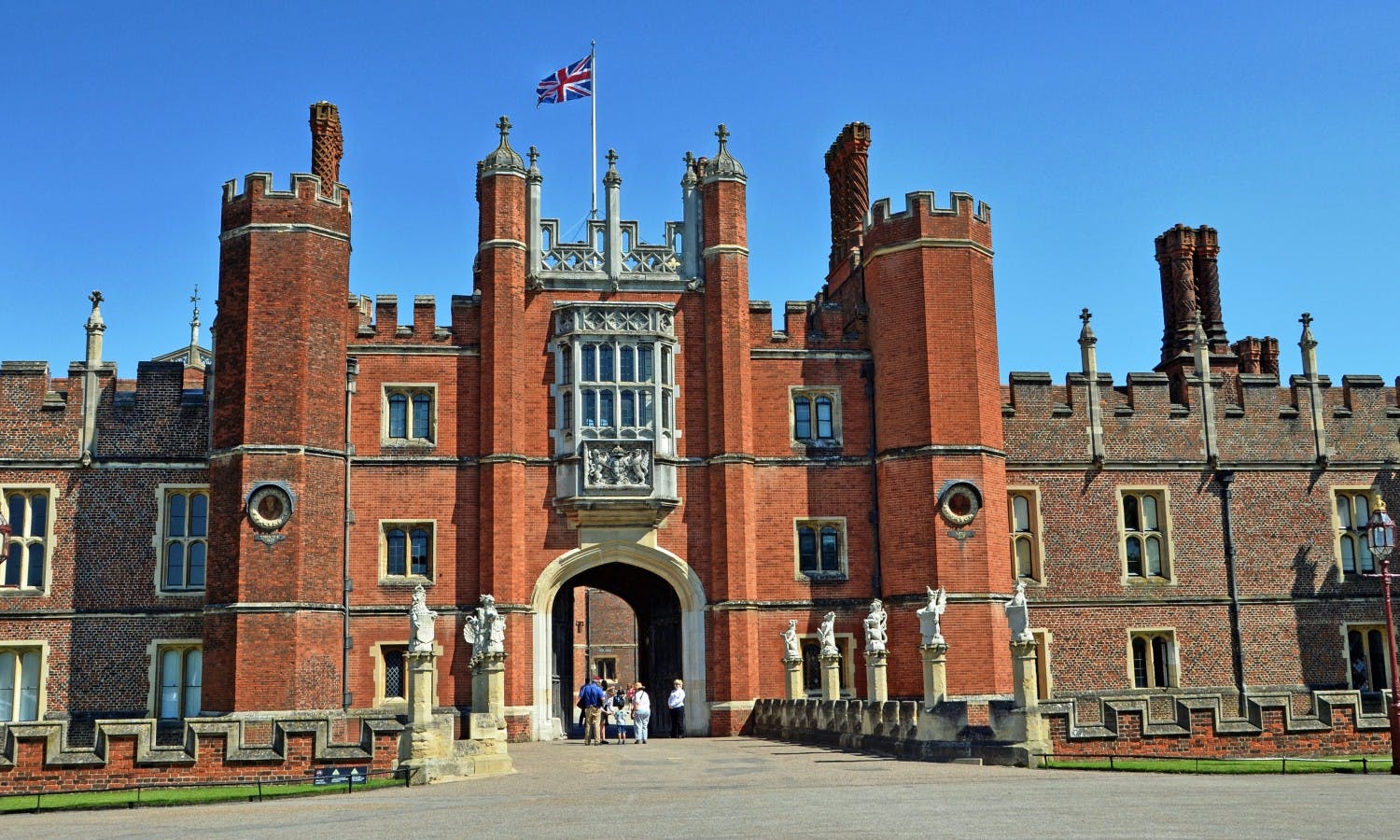 Hampton Court Palace, found in the London borough of Richmond upon Thames, is one of the palaces bui... 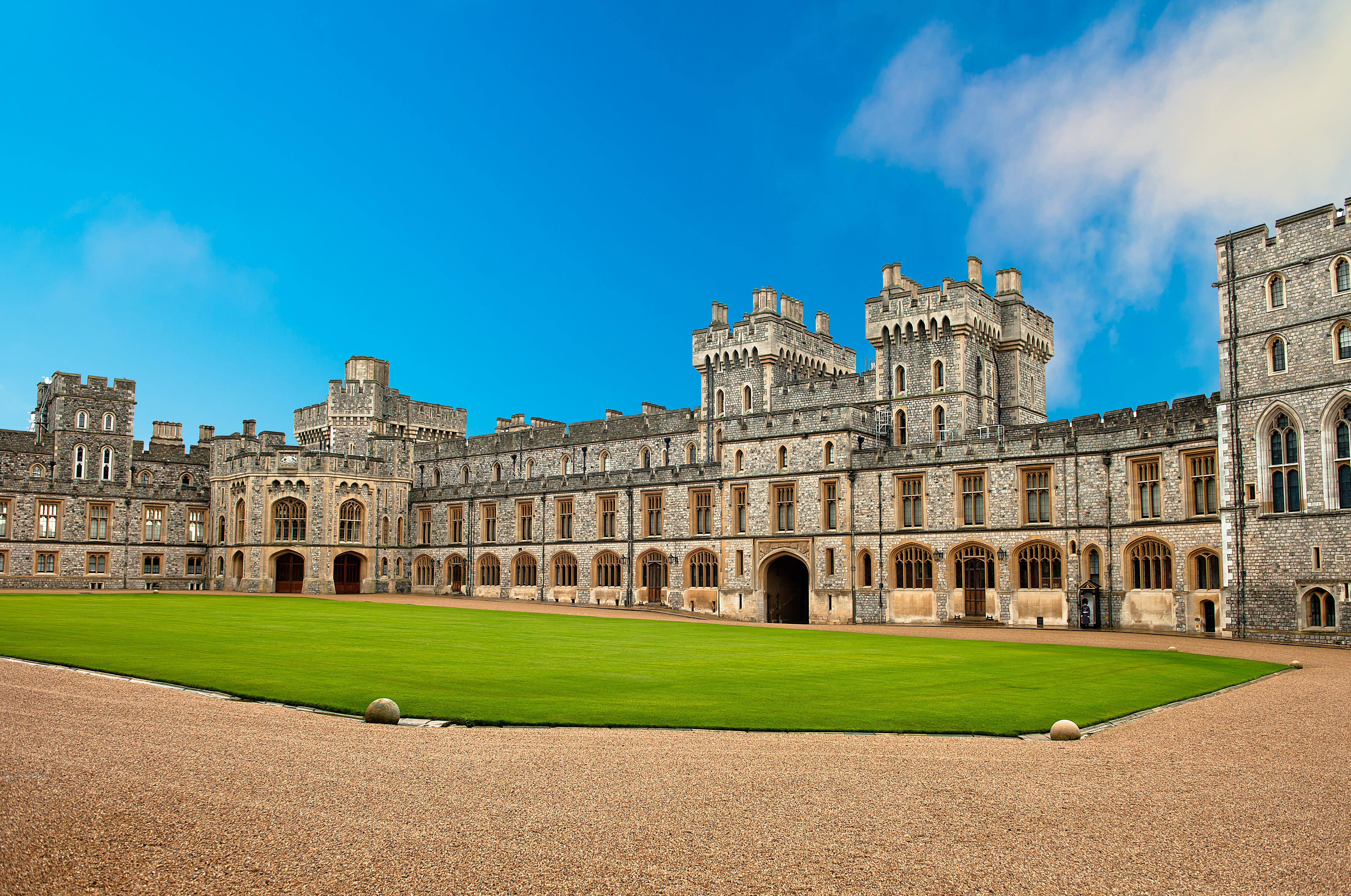 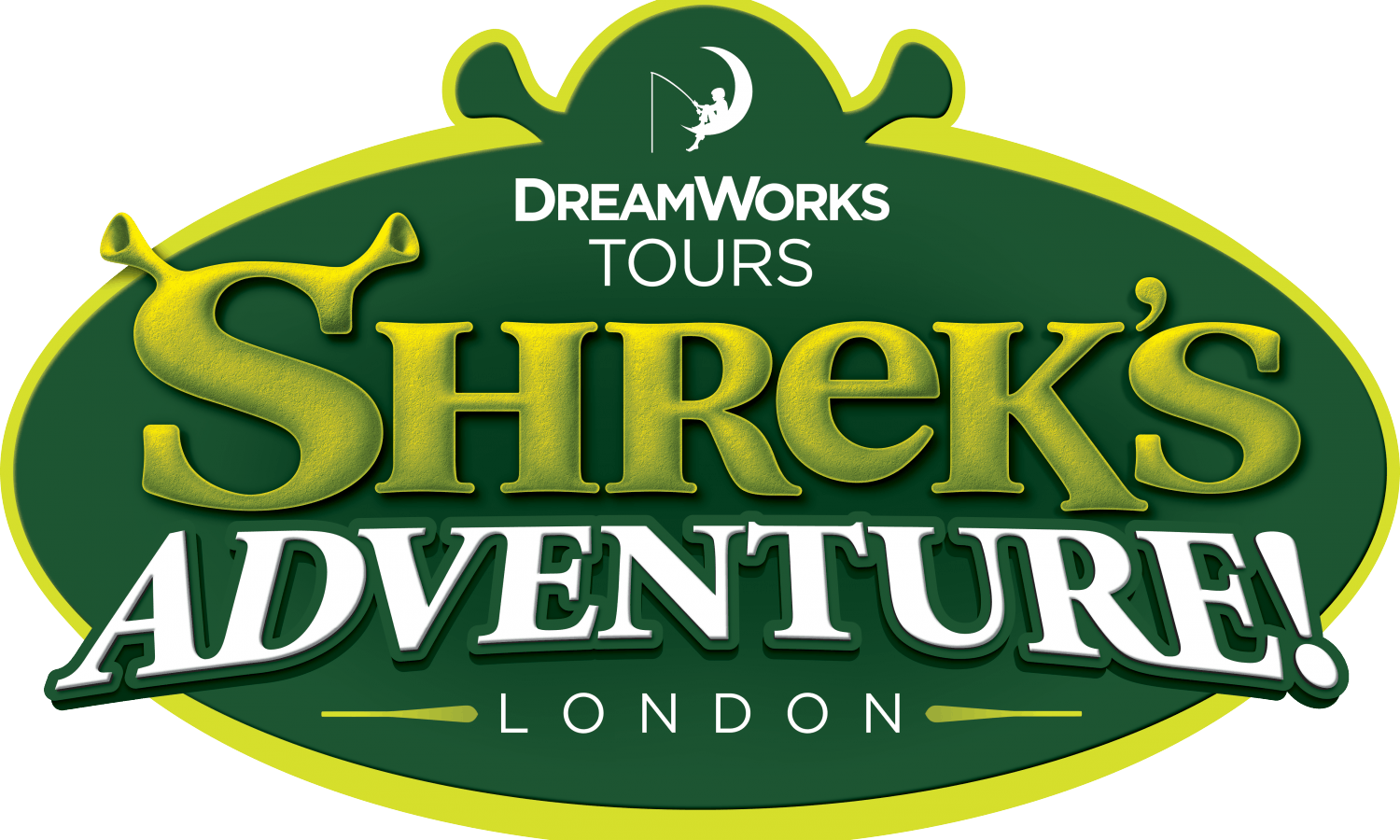 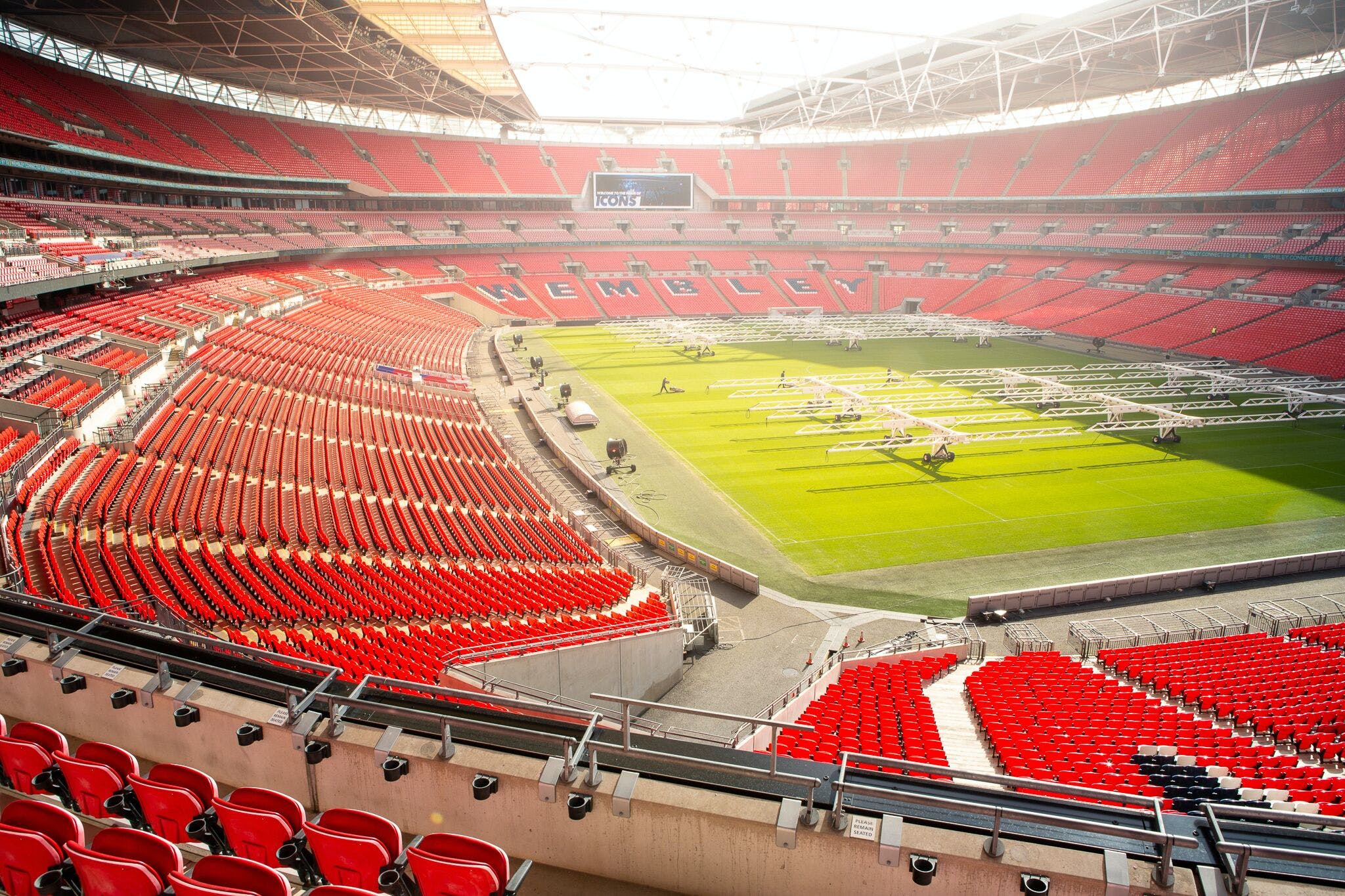 On your free walking tour of royal London, your local expert guide will introduce you to the persona... 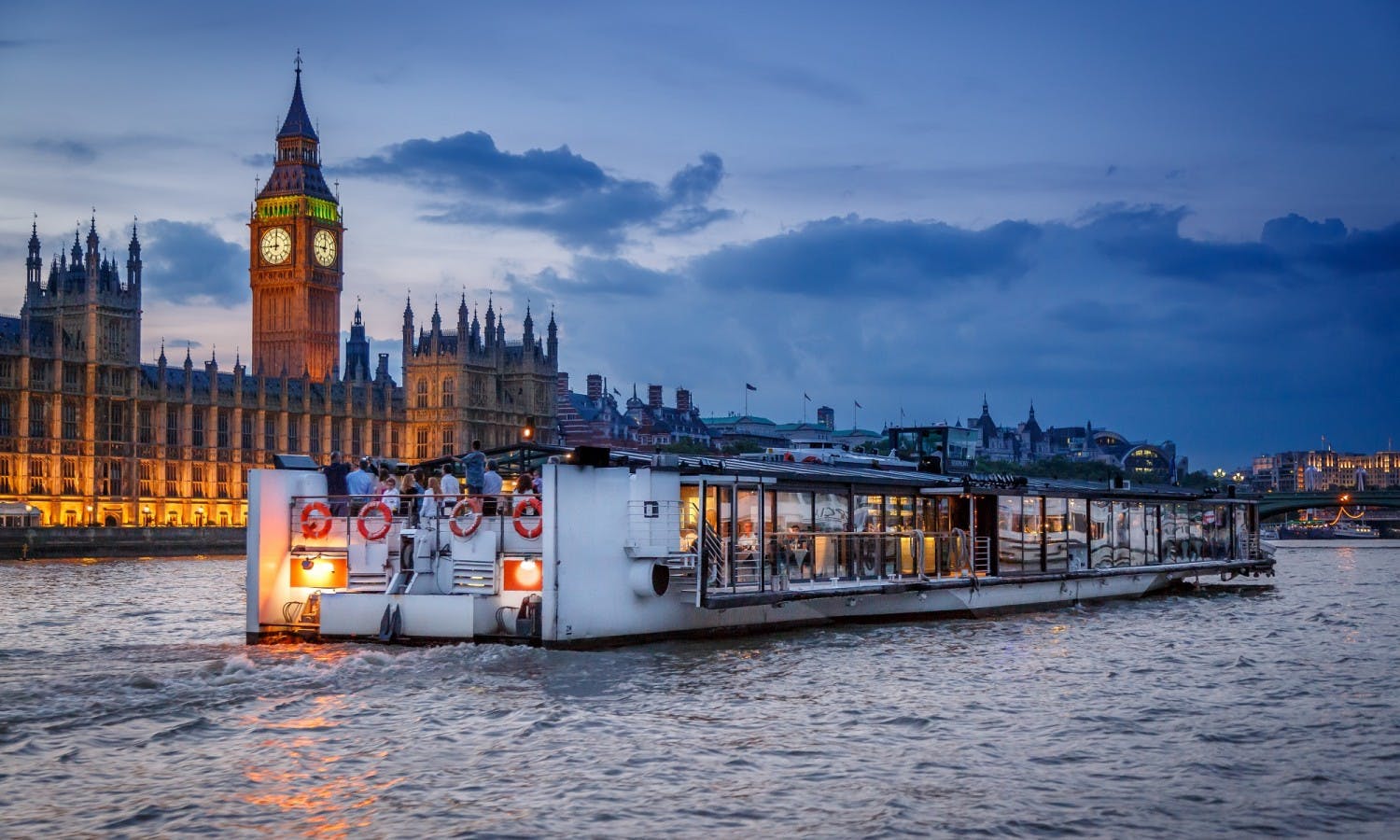 London's top landmarks as well as a gourmet four-course dinner? Sail past the Houses of Parliament, ...