Explore the historic cities of Avila and Segovia, travelling from Madrid on a luxury coach tour. See two of the most important cities of central Spain, rich in art, history and beautiful landmarks.

Located northwest of the Spanish capital, Avila is completely encircled by 11th-century walls and is the most ancient and fortified complex in Spain. Here you will see the 90 fortified towers surrounding the old city and its monumental treasures, including a large number of Romanesque-style churches, Gothic palaces and a fortified cathedral from the 12th century.

Afterwards you will head to Segovia. You will be dropped off at the impressive aqueduct where you can admire one of the best remaining examples of Roman engineering. You will see Romanesque churches and the unusual fortress of the Alcázar. Stroll down the streets of the Jewish Quarter, where a number of the city's landmarks can be spotted. Experience the spirituality that led Santa Teresa to found a small convent of Carmelites where the mystic San Juan de la Cruz conducted his first mass.

What to remember
Read more
When
Read more
Provider
Travel Tours Experience
Booking fee
Good news! No extra fees are applied to this booking.
Cancellation policy
Receive a 100% refund if you cancel up to 24 hours before the experience begins. 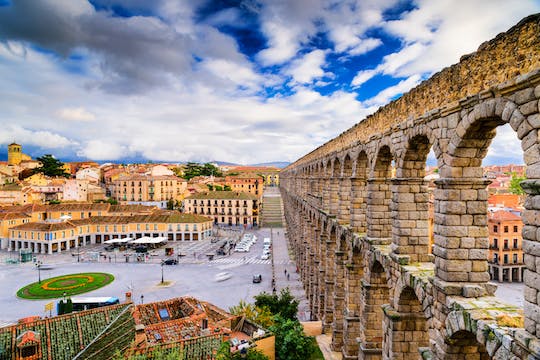 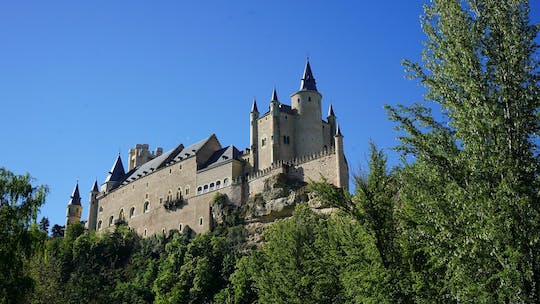 Full-day tour to Toledo and Segovia from Madrid 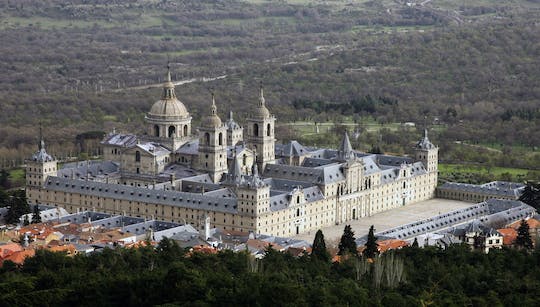 Book your El Escorial Monastery and Valley of the Fallen day trip from Madrid with Musement. Discover the historical residence of the area on this day tour.

Toledo half-day tour with guided tour in the cathedral

Get all the best information for the Toledo Half-day Tour from Madrid and book your tickets, skipping the line, at official rates. Get informed, plan your trip and book tickets and tours in Madrid. 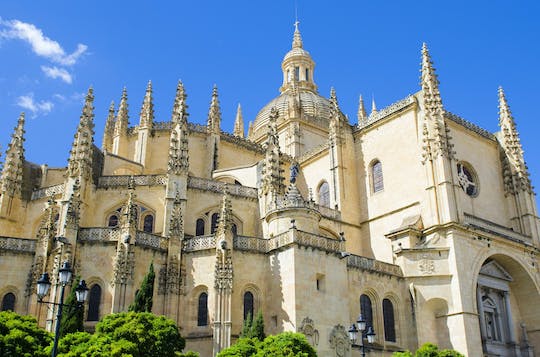 Full-day trip to Toledo by bus from Madrid

Book your day trip to Toledo UNESCO world heritage now. Discover the historic city of Toledo on this all-inclusive day tour from Madrid. 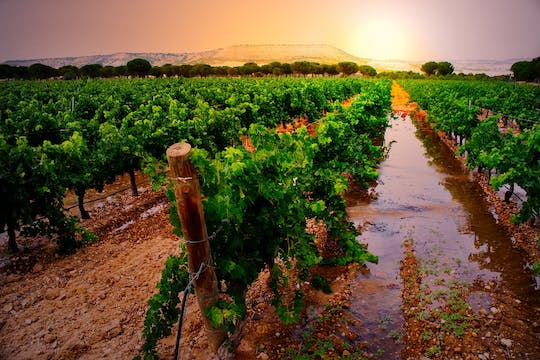 Enjoy a full-day trip from Madrid to Ribera del Duero, one of the best wine areas of the world! A wine tour but also an adventure to enjoy with your five senses. 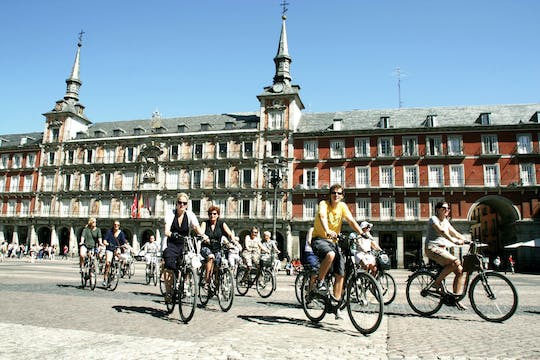 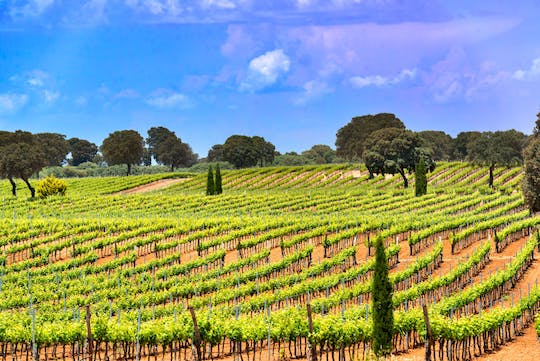 Visit a popular winery in Don Quixote's land, La Mancha. Enjoy a guided excursion from Madrid and discover the most biggest surface of vineyards of the world.