Just beyond Sorrento lies one of Europe's most enchanting stretches of coastline. On this full day excursion, you'll drive along the jaw-dropping Amalfi Coast and explore two of its most emblematic towns – Amalfi and Ravello.

The Amalfi Coast's beauty has inspired the likes of novelists EM Forster and DH Lawrence as well as composer Richard Wagner to put pen to paper. And it is easy to see why – it's the stuff of postcards. Pass pearls such as Positano and Praiano as we snake along dramatic coastal roads to Amalfi itself. There's free time to wander the colourful alleys that cascade down towards the sea. The striped-façade cathedral is a must-see.

In the afternoon, it's up the epic Valle del Dragone to Ravello. Even more elegant than Amalfi, it boasts views to die for as well as some of Italy's most romantic gardens. On the main square, you'll find the cathedral – famed for its rare 12th century bronze door – and the Arab-Norman Villa Rufolo palace and gardens.

Read more
COVID-19 information
The following health and safety measures are in place, so you can relax and enjoy your experience.
What's included
What to remember
Read more
Provider
TUI ITALIA S.R.L.
Booking fee
Good news! No extra fees are applied to this booking.
Cancellation policy
Receive a 100% refund if you cancel up to 1 day before the experience begins. 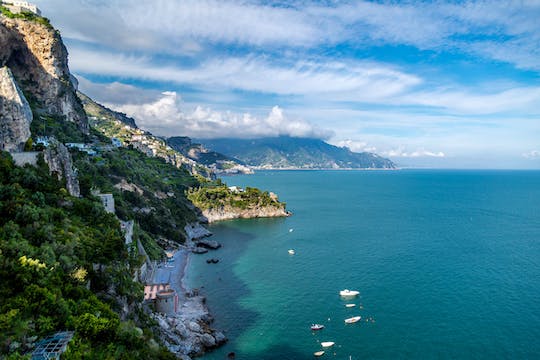 Mobile voucher accepted
from:
$46.00
Sorry, it's sold out
Unfortunately all tickets have been sold out for this event 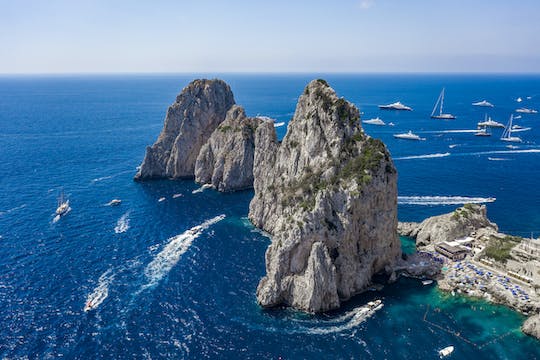 Spend a unique day discovering the island of Capri on an exclusive boat excursion from Sorrento.

Experience an unforgettable adventure cycling along the scenic roads of the Amalfi coast up to Positano!

Path of the Gods Hiking tour from Sorrento 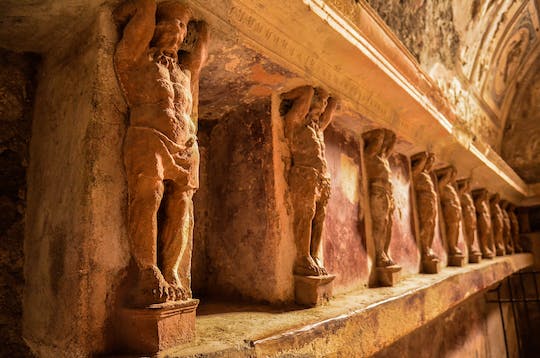 Discover the history and flavors of the region on this full-day tour. Visit the ruins of Pompeii with a guide and enjoy lunch at a winery on the slopes of Mount Vesuvius. 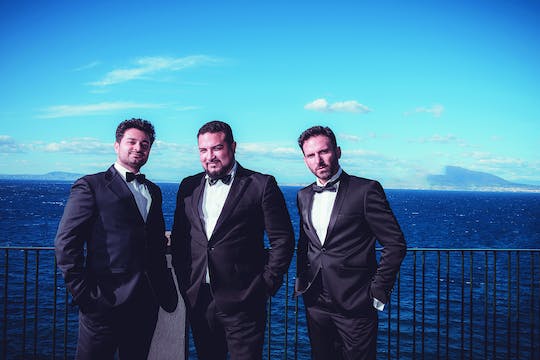 Opera Arias, Naples and Songs in Sorrento with the Three Tenors

Enjoy a concert full of emotions, romanticism and funny moments in the magnificent Concert Hall of the Correale Museum of Terranova, in the heart of Sorrento! 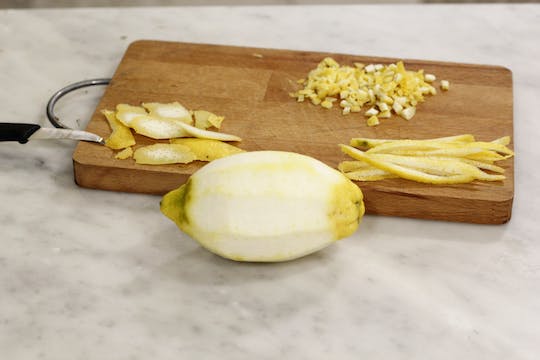 Seafood cooking class and lunch in the heart of Sorrento