If you visit Amsterdam for the first time, the Rijksmuseum Amsterdam or simply Rijksmuseum is a must-see! It is the most important museum in the Nethe...

In the top 5 attractions for Amsterdam

Explore Amsterdam with the I amsterdam City Card! Get free entry to museums, take a canal cruise, enjoy unlimited public transport and save money. 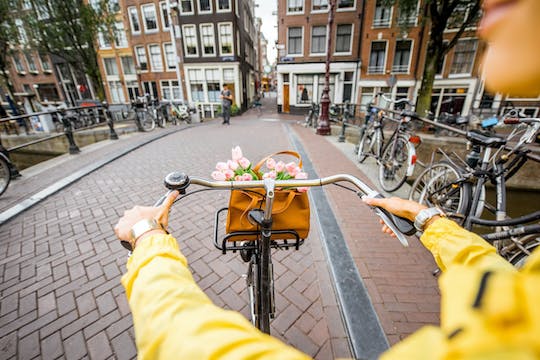 Bike along the Amsterdam canals and see the city's highlights on this guided tour. Explore in true Dutch fashion and hear more about the city's history. 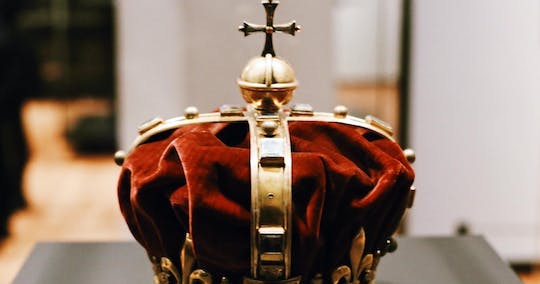 Book a semi-private guided museum tour that includes two of Amsterdam's most popular museums - The Rijksmuseum and Van Gogh Museum.

City canal cruise of Amsterdam with snackbox and Rijksmuseum 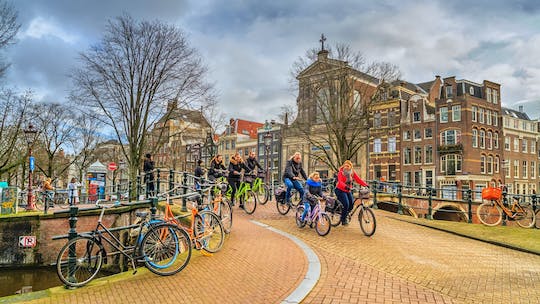 Bike along the Amsterdam canals on this 3-hour guided tour. Explore in true Dutch fashion and see the Anne Frank House and many more of the city's highlights. 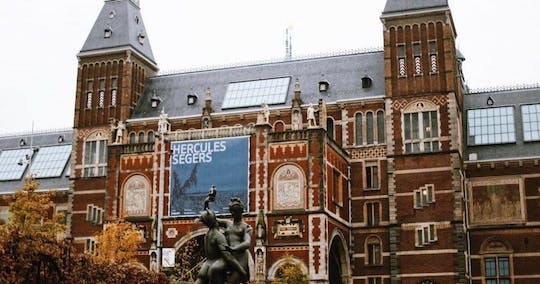 Visit the Rijksmuseum, followed by an afternoon focusing on the life of world-famous artist Rembrandt on a 5.5-hour small group tour with entrance tickets included. 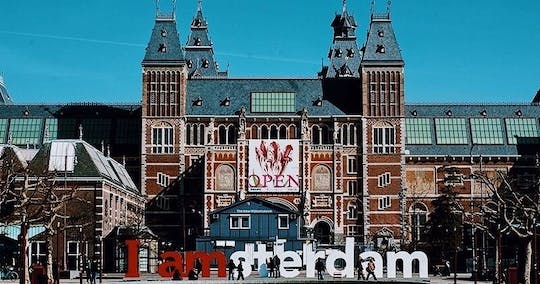 Book a semi-private guided tour of Holland's version of the Louvre - the Rijksmuseum. Join no more than 8 travellers to see the seemingly endless collection that curates Dutch history over the centuries. 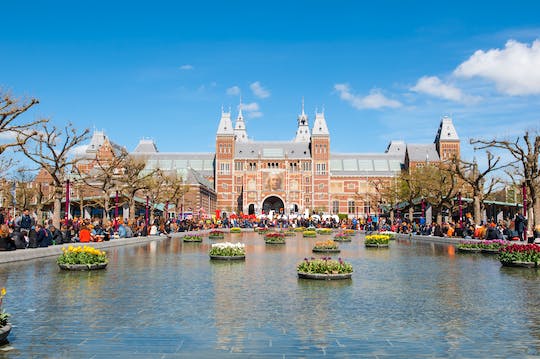 Enjoy a 6-hour experience through Amsterdam! Get to know the city's heritage walking through its sights and visiting the Rijksmuseum! 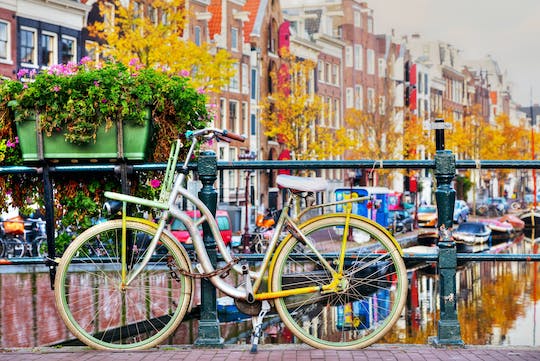 Discover Amsterdam like a local on this 2-hour private bike tour. See the famous Anne Frank House and many more popular sites.

Enjoy a 75-minute canal cruise of Amsterdam, along with entrance tickets to see the Rijksmuseum's internationally revered collection. 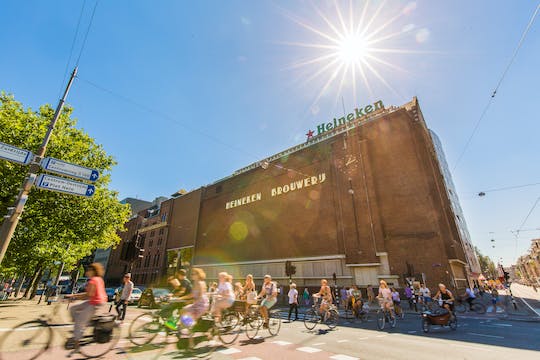 Discover the world of beer by visiting the Heineken Experience and relax on a canal cruise through all the famous canals of Amsterdam. 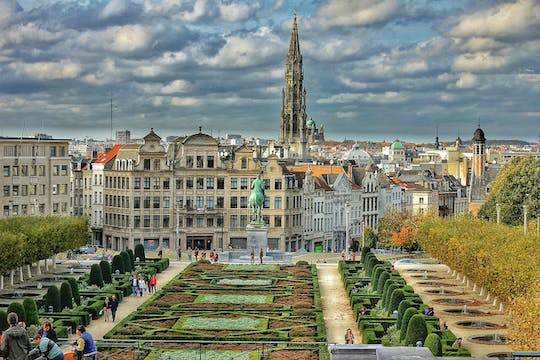 Enjoy one of Belgium's largest cities on a Brussels private day trip from Amsterdam, including pick-up in a luxury Mercedes sedan or minivan. 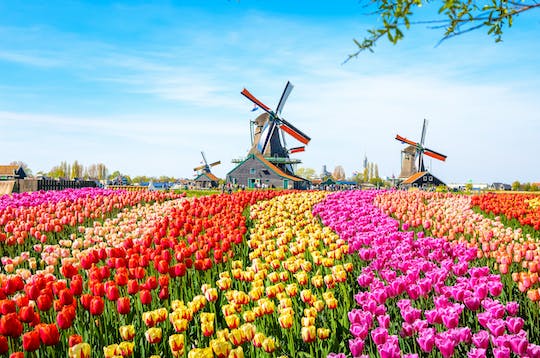 Book this walking audio tour at the Zaanse Schans in North Holland and discover the Dutch culture with its history and traditions! 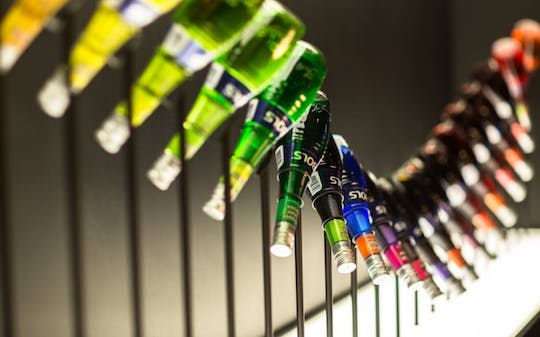 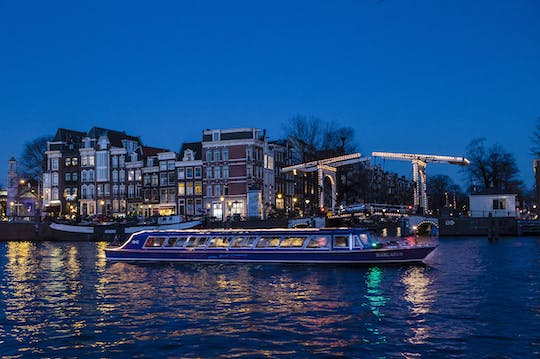 See Amsterdam on a canal cruise at the time when the city is most beautiful at sunset. Glide along the canals when the buildings are illuminated in the dark. 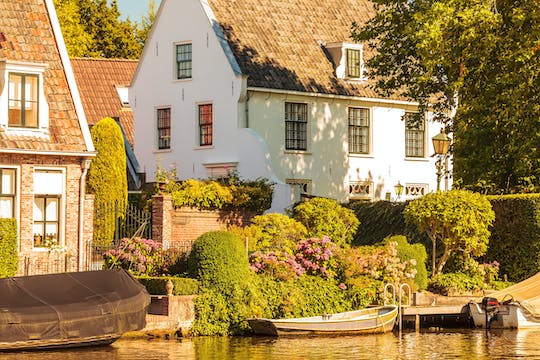 Visit the beautiful Vecht River area by car and boat cruise. Including a stop for 3-course Dinner of your choice at a great local restaurant with a terrace at the river. Includes hotel pickup and drop-off. 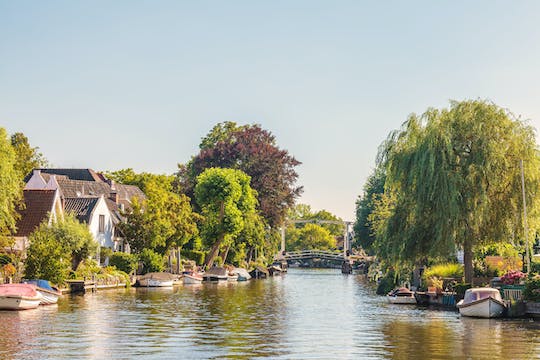 Visit the beautiful Vecht River area by car and boat cruise. Including a stop for a delicious High Tea at a great local restaurant with a terrace at the river. Includes hotel pickup and drop-off.

Amsterdam
View all experiences in Amsterdam

If you visit Amsterdam for the first time, the Rijksmuseum Amsterdam or simply Rijksmuseum is a must-see! It is the most important museum in the Netherlands, as well as the maximum emblem of Dutch identity. As a perfect abstract of art and history of the region, this national museum includes 80 galleries that house 8,000 art objects which tell a story from the distant 1200 until the 2000s. It's no wonder, the Rijksmuseum is among Amsterdam's top tourist destinations, so if you are going to visit it on your own or take a guided tour, you better take care of the tickets in advance.

Founded in The Hague in 1800, it was moved eight years later to Amsterdam at the behest of Louis Napoleon, nephew of Napoleon Bonaparte. The Rijksmuseum houses the largest collection of works from the 17th-century Dutch Golden Age, as well as a collection of Asian art. The current building that houses the vast collection was designed by Pierre Cuypers in Gothic and Renaissance style and was inaugurated in 1885. The museum has been renovated for 10 years and reopened in 2013, distinguishing as the most visited museum in the Netherlands.

Conveniently located in Museum Square, close to Van Gogh Museum, Stedelijk and Concertgebouw, the Rijksmuseum will enchant you with its masterpieces that are crowned by the famous painting "The Night Watch" by Rembrandt. Do not miss also the paintings by Johannes Vermeer, Frans Hals and Jan Asselijn.