The Guggenheim Museum Bilbao is a museum of contemporary and modern art designed by Canadian architect Frank O. Gehry. Averaging over 1.1 million visi...

In the top 5 attractions for Bilbao 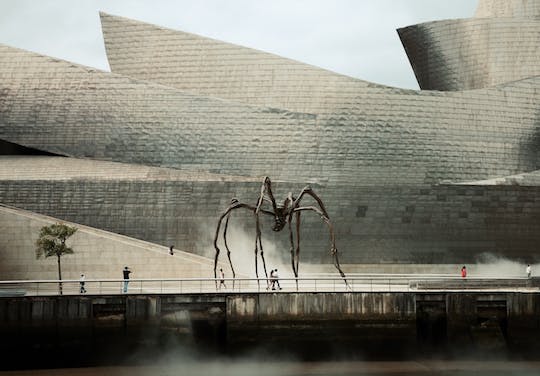 Book this Guggenheim Museum and Basque Coast tour and indulge yourself in the history, culture and art of Spanish Basque Country

Enjoy a day-trip from San Sebastián and explore the Basque region that surrounds Bilbao. Save time to visit the Guggenheim Museum of Bilbao with your skip-the-line tickets and discover the charming 10th century hermitage of San Juan de Gaztelugatxe and climb its 241 stairs to get to the top! 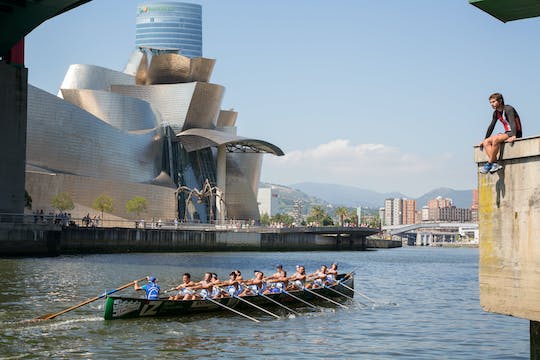 Book this Bilbao and Guggenheim Museum small-group tour from Pamplona and discover Bilbao, the economic powerhouse of the Basque Country Book this Bilbao and Guggenheim Museum small-group tour and discover Bilbao, the economic powerhouse of the Basque Country, leaving from Logroño Book this Bilbao and Guggenheim Museum small-group tour from Vitoria and discover Bilbao, the economic powerhouse of the Basque Country. 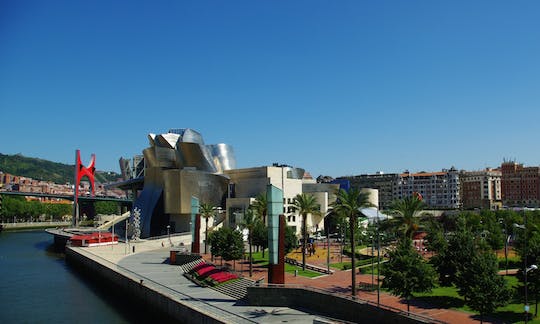 Visit the Guggenheim Bilbao Museum in small groups with an official guide. Admire the eccentric exterior of the Museum and its collection of masterpieces. 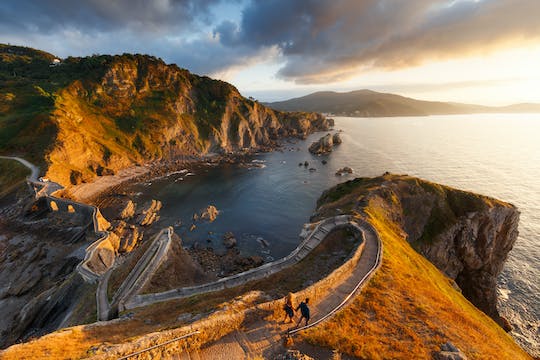 Book now your private sightseeing tour from Bilbao to San Sebastian and visit the Monte Igueldo, the Historic Center and sample some local and regional specialties. Enjoy a guided romantic tour in Bilbao, visit the most romantic places in the city and learn more about local traditions and celebrations. 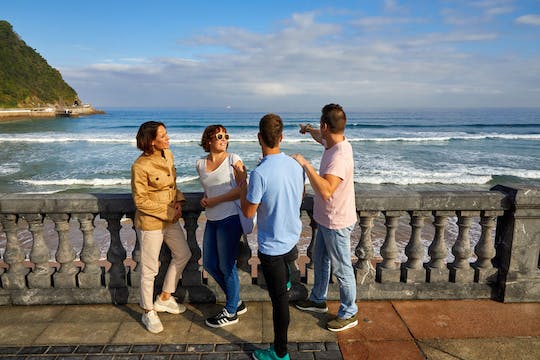 Book this San Sebastian and Gipuzkoa coast tour from Bilbao and discover San Sebastian, one of the most charming cities in Europe Three temple tour through the path of St. Ignatius from Bilbao

Book this Three temple tour through the path of St. Ignatius from Bilbao and admire the Sanctuary of Arantzazu located in a spectacular spot in a gorge 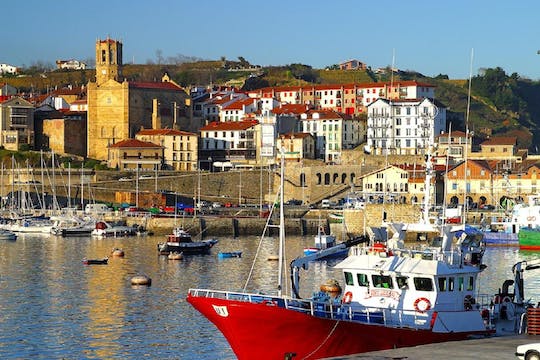 Book this Loyola, Getaria, Zarauz and San Sebastian full-day tour from Bilbao and enjoy a tour of sea and mountains that will not leave you indifferent. 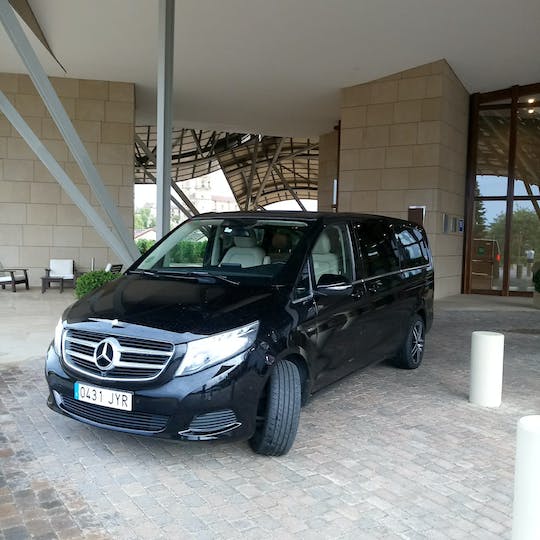 This private tour is perfect to see San Juan de Gaztelugatxe, Urdaibai Biosphere Reserve and the flysch of Getaria and Zumaia with a local guide. 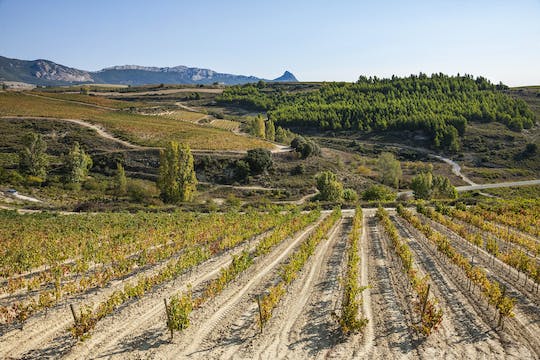 Visit to two wineries in La Rioja with pintxos from Bilbao Book your La Rioja customized luxury private tour to admire the Ebro river surrounded by the Mountains of Toloño, Cantabria, and La Demanda. Plus, as a tailored day of views, sellers, local gastronomy, and rich historical heritage, it will not be forgotten. 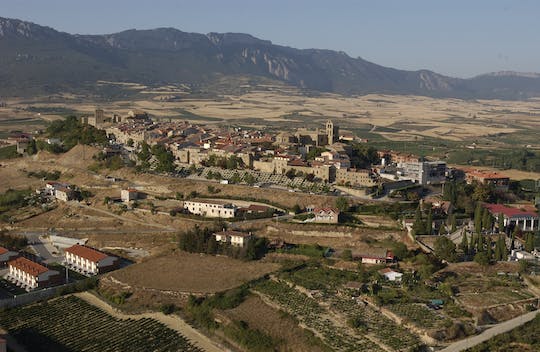 Explore Vitoria, the capital of the Basque Country and the Rioja's wine region, admire magnificent views over a sea of vineyards and visit the town of Laguardia. 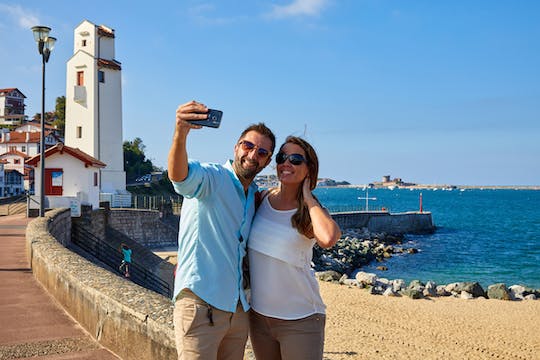 Small-group tour to Biarritz and French Basque coast from Bilbao 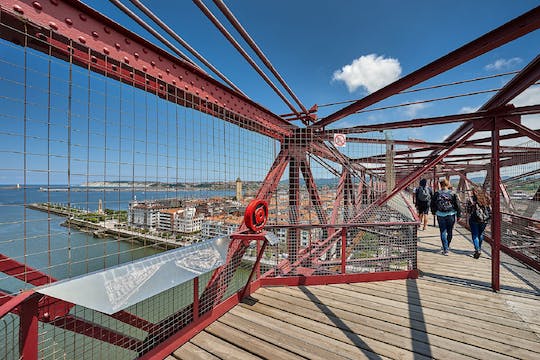 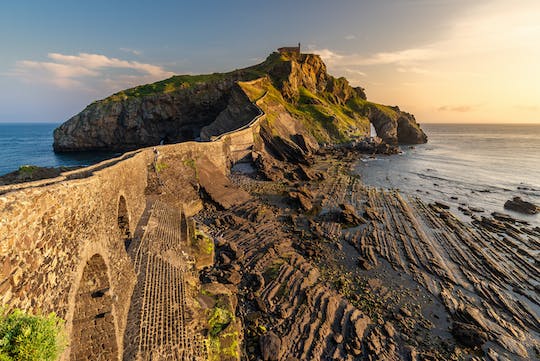 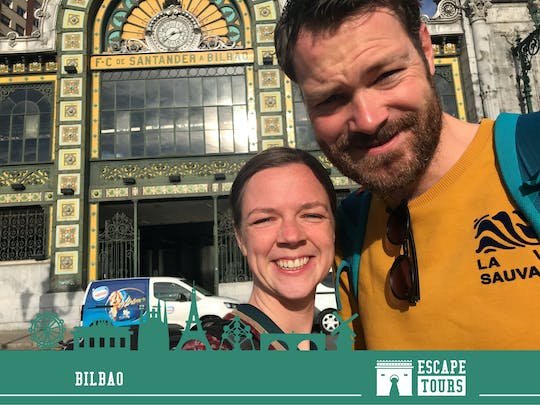 Discover Bilbao in a unique way using an app. Work together, find clues and complete the puzzle 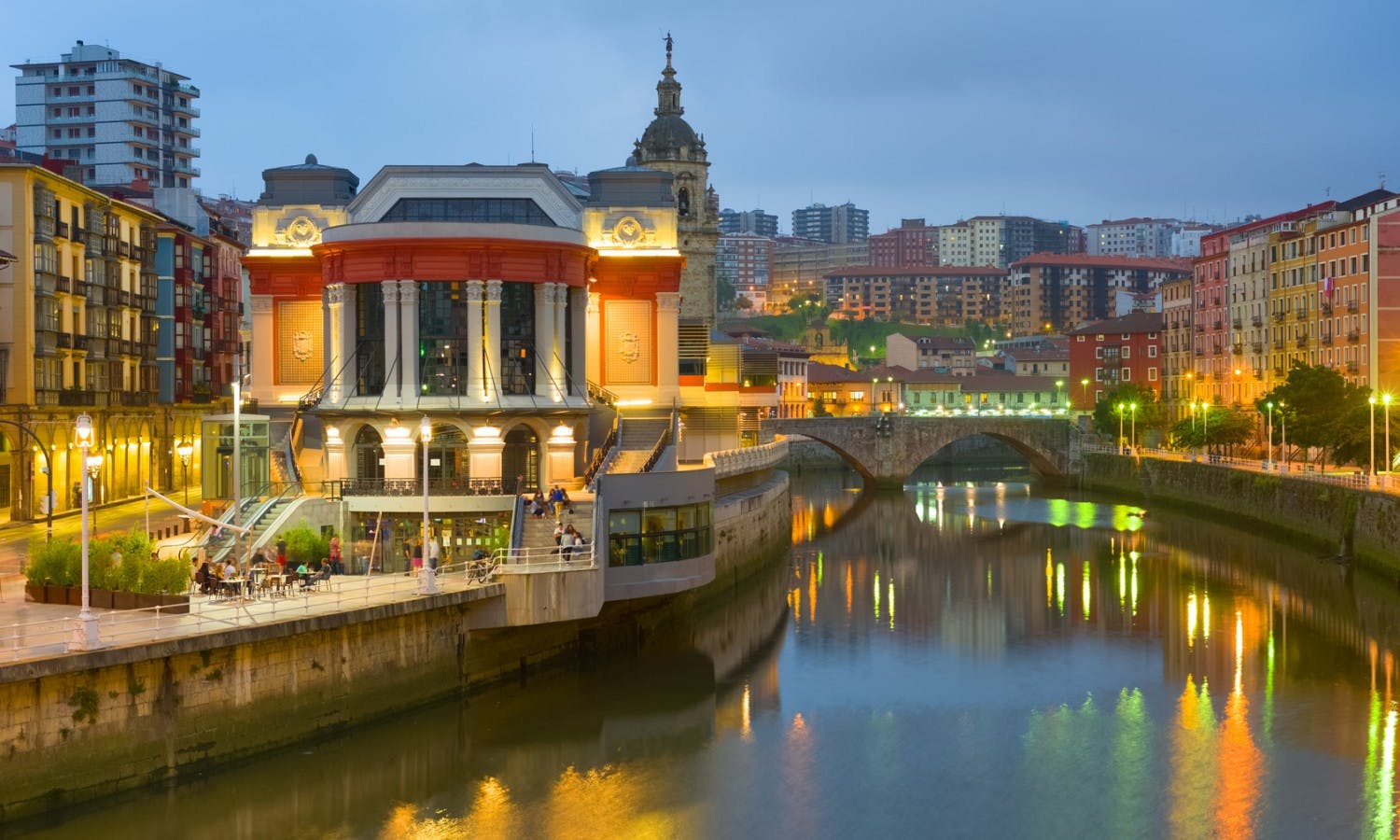 Bilbao
View all experiences in Bilbao

The Guggenheim Museum Bilbao is a museum of contemporary and modern art designed by Canadian architect Frank O. Gehry. Averaging over 1.1 million visitors per year, the Guggenheim is one of the most popular museums in Spain, as well as one of the largest. King Juan Carlos I of Spain inaugurated the museum on October 17, 1997, officially opening it to the public.

With its spectacular structure made of glass, limestone and titanium in the style of Deconstructivism, the museum instantly became one of the world's most important buildings of the 20th century. The Guggenheim Museum Bilbao is situated along the Nervión River in what was once a thriving port area that underwent a period of urban transformation.

There are 20 galleries spread over three floors that consists of works of art belonging to the Guggenheim Foundation as well as travelling exhibitions. Explore the works from numerous genres including pop art, minimalism, abstract expressionism, and conceptual art from noteworthy artists such as Andy Warhol, Cy Twombly, James Rosenquist and more!

With over 120,000 sq. ft of space dedicated to the exhibitions, the exhibits change frequently and are mostly works from during the twentieth century. In fact, the classical paintings and sculptures are a very small part of the collection in comparison to other types of artistic works. Take a group tour and learn about the different pieces of artwork as well as the building itself and its unique structure.

With its central location in the city of Bilbao, the museum can be easily reached by all forms of public transportation and by foot. It is open from Tuesday to Sunday from 11:00am to 7:00pm all year round, as well as on Mondays in the months of June, July and August.