The Medina Azahara (the Shining City) of Córdoba is the ruins of a fortified palace and city found at the base of the Sierra Morena mountains just 8km... 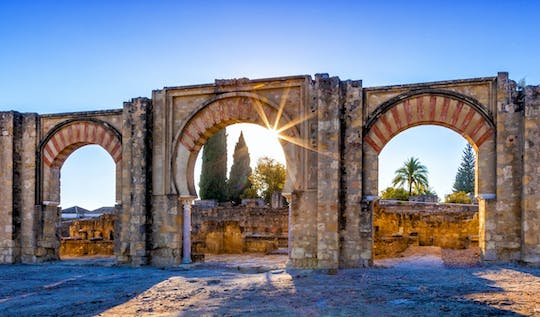 Enjoy a guided visit of the Medina Azahara and learn more about the Umayyad Caliphate of Córdoba. Explore the most important parts of the complex with an official guide who specializes on archaeological history. 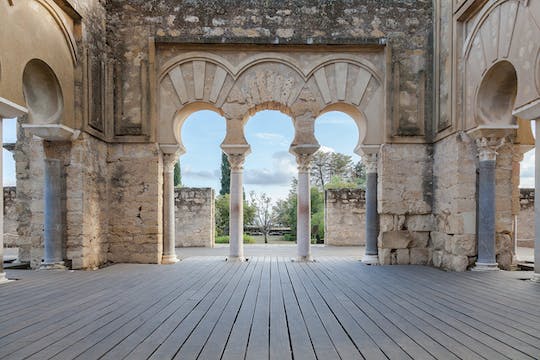 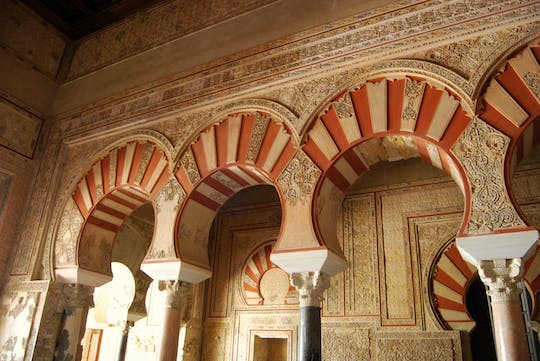 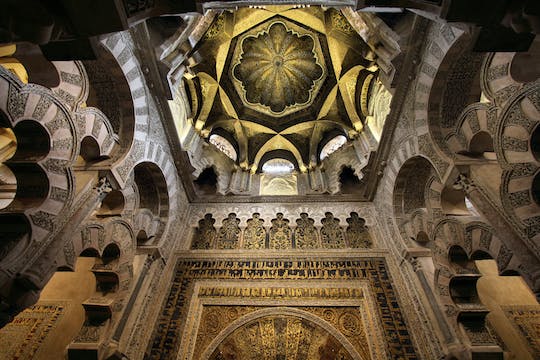 Visit the great Mosque-Cathedral of Córdoba, the city's most important monument and enjoy a tour of the interior and Patio de los Naranjos with an official guide. 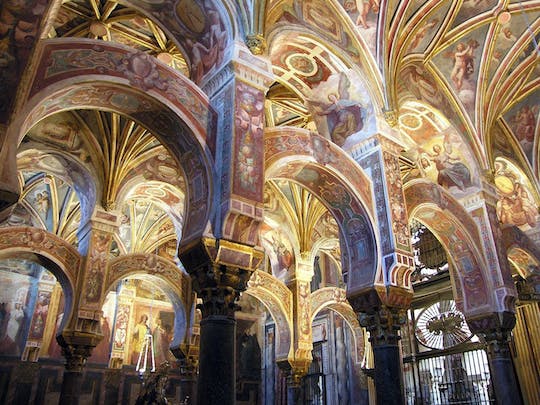 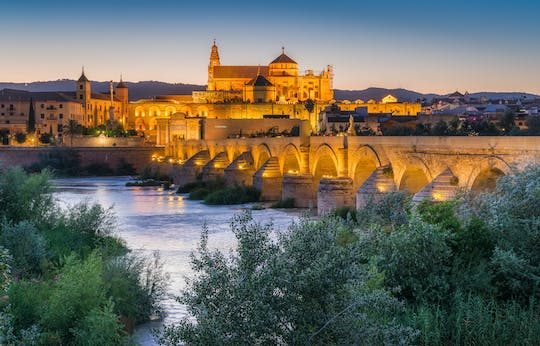 Discover the mysteries of Córdoba with this walking tour. Book now your ticket and learn more about the secrets of the city.

The Medina Azahara (the Shining City) of Córdoba is the ruins of a fortified palace and city found at the base of the Sierra Morena mountains just 8km from the city centre of Córdoba. Considered one of the most important archaeological sites in Spain, it is also a popular tourist attraction for those visiting Córdoba.

Construction of the new city began in 936 as an assertion of power by Caliph Abd-al Rahman III. Originally constructed as the Caliph’s residence and headquarters of the Caliphate, the city quickly became one of the most powerful and influential medieval kingdoms in all of Europe.

The city was built on three terraces surrounded by a city wall and consisted of the royal palace, mosques, government offices, residences, gardens and baths. The existence of the city was short-lived after it was destroyed in 1010 during a civil war, which brought about the end of the Caliphate. The city was left in ruins, untouched and forgotten until it’s rediscovery in the early 20th century.

A large proportion of the site remains unexcavated but the ruins of the Caliph’s palace, the mosque and other areas have been excavated and restored. Visit the Medina Azahara and can feel the magnificence of this former city, take in the beauty of the precious stone and appreciate the distinct Andalusian Islamic architecture.

There is a museum also on site, which is located 1.5km away from the archaeological site, next to the visitor reception. It features artefacts from the site and historic information about the history of Córdoba and the Caliphate. In addition to the museum, there is an auditorium where you can watch a short video on the history of the Medina Azahara.

The Medina Azahara is accessible by car and there is parking situated beside the visitor reception and museum. There is also a public bus which leaves the centre of Córdoba during the summer but a guided tour with transportation included from Córdoba is the most convenient way to visit the Medina Azahara. To arrive at the actual archaeological site, you have to take the shuttle bus from the visitor reception as it is the only authorised vehicle allowed on the site.