On this compact half-day tour you will get to know Jerusalem's secret spots and main sightseeing attractions. From the Mount of Olives, your first stop, you will have the ancient Jewish cemetery beneath and beyond that the Old City with the shining Dome of the Rock on Temple Mount.

Then you will take the winding road down to the Kidron Valley and see the Garden of Gethsemane where Jesus was arrested the night before his crucifixion. In the valley you can see the ancient burial tombs of Absalom and Jehoshapat, Benei Hezir and the tomb of Zechariah. You will finally enter the Old City through the Zion Gate into the Armenian Quarter and continue on to the Byzantine Cardo. This was the main street through Jerusalem 1,500 years ago, later under Moslem rule it was left unused and then during the Crusader period the street was once again a busy thoroughfare.

Going through the Jewish Quarter you will reach the most holy site in the Jewish faith: the Western Wall. Here Jews from around the world come to pray and put prayer notes between the wall's stones. This 2,000 year old wall was part of the outer supporting walls of the holy Second Temple which was destroyed in AD70. You will then continue on to the Via Dolorosa or the Way of Sorrows where Jesus walked towards his crucifixion. Along the way you will pause at several stations of the Cross and finally reach the Church of the Holy Sepulcher. The basilica is constructed on the site where Jesus is believed to have been crucified and within the church is his burial tomb.

Before ending the tour wou will have the chance to walk through the busy markets of the Old City where you can buy unique souvenirs from the City of Gold.

What to remember
Read more
When
Read more
Provider
Bein Harim Tours
Booking fee
Good news! No extra fees are applied to this booking.
Cancellation policy
Receive a 100% refund if you cancel up to 24 hours before the experience begins. 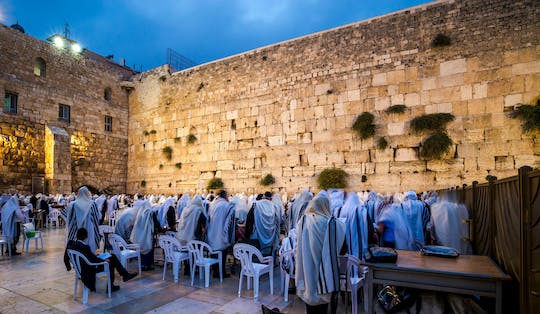 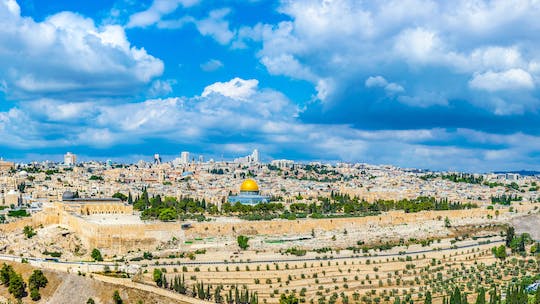 Full-day Temple Mount and Dome of the Rock tour

Book now a full-day tour of Jerusalem, starting from Mount of Olives, then a visit to Temple Mount, where you will see Dome of the Rock and Al-Aqsa Mosque. 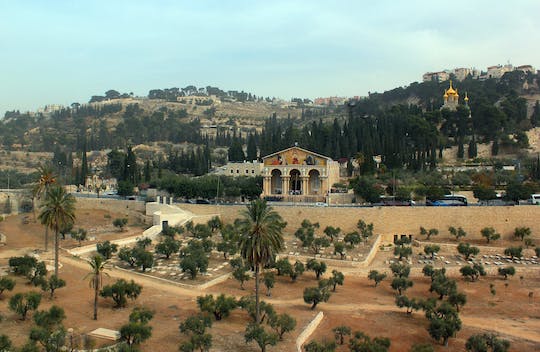 Book your Jerusalem Path of Jesus tour and explore the holy places of the city with a licensed guide perfect for history buffs. 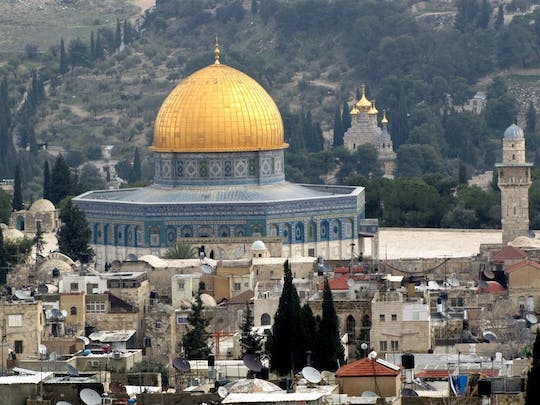 Book now your two-day tour of Jerusalem, Bethlehem and Petra and visit the religious cities and learn about the historical sites.

free cancellation
Duration up to 48 hours
Available in: 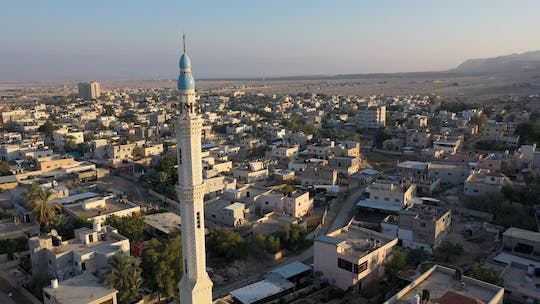 Jericho, Jordan River and the Dead Sea from Jerusalem

Discover Jericho, the Jordan River and float in the Dead Sea with family and friends. 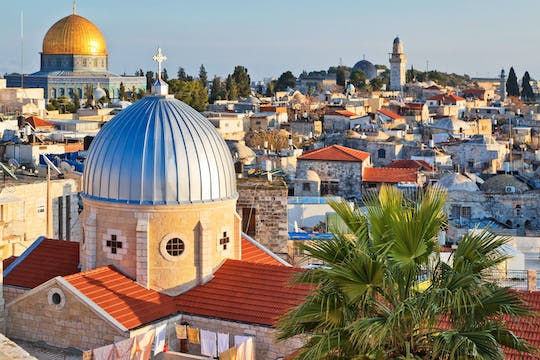 Discover Jerusalem, the via Dolorosa, the Mount of Olives, the Dormition Church, King David's Tomb and the Old city bazar. 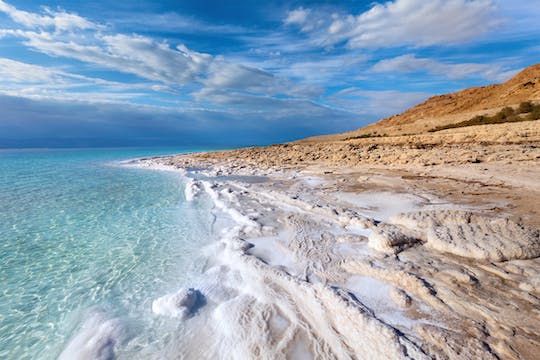 Make the most of a relaxation tour of the Dead Sea, feel the therapeutic benefits of the lowest point on earth.

Discover nature and birdlife in the Botanical gardens of Jerusalem. 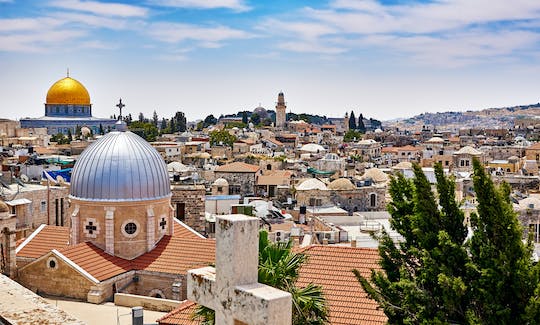 Enjoy a 3-hour guided tour of the Old City and visit the Western Wall, the Church of the Holy Sepulcher and much more 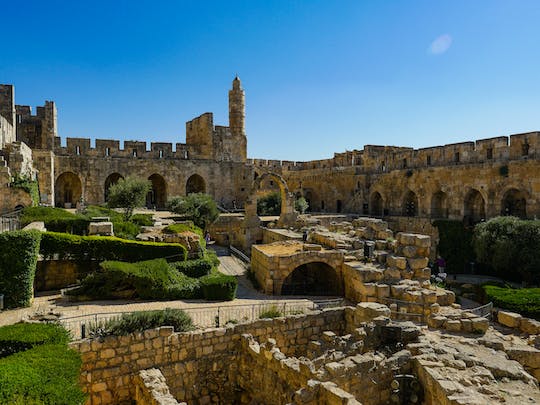 City of David and underground tour from Jerusalem

Full-day city of David and Underground Jerusalem tour where you can see famous sites of Jerusalem. Discover the hebrew music museum, the historical instruments and different regions of the Israeli diaspora.