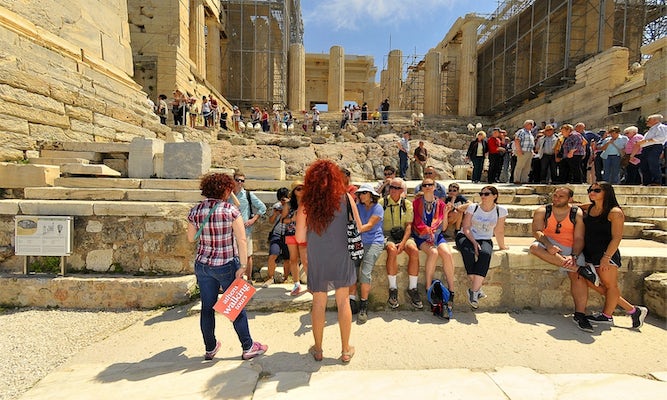 See the best of what Athens has to offer with our world famous Athens Acropolis and historical city tour!

Discover the most important landmarks and sights of the historical center of Athens and take a tour of the Acropolis where your guide will give you an in-depth explanation of this world heritage site.

The tour begins inside the Syntagma metro station where you will visit the metro Museum (in 10-15 minutes) with very interesting archaeological artifacts from the daily life of Ancient Athenians that came to light during the construction of the metro. You will then continue on to the House of the Greek Parliament, the Monument to the Unknown Soldier and watch the changing of the guards.

Your tour continues towards the National Gardens and on to the beautiful neoclassical, in front of which tower the surviving columns of the Zeus Temple and Hadrian’s Arch, both of which you will have the opportunity to visit. From there you walk towards the Acropolis through the beautiful pedestrian walkway of Dionyssiou Areopagitou and you pass by the Melina statue.

You will enter the Acropolis -skipping the line- from the south slope so as to avoid the crowds and also to visit the Dionysus sanctuary and Dionysus Theatre built in the 5th century BC. As you begin to ascend the sacred hill a breathtaking view of the city below will unfold. Your guide will give you a detailed explanation of the glorious monuments of the Acropolis such as, the Parthenon, the Erectheion, the Propylaia, the Nike Temple, the Agrippa Monument and the surrounding monuments such as the Odeon of Herodes Atticus, the Ancient Agora, the Observatory as well as the Philopappos, Mars, and Pnyx Hills.

You will meet our guide at 9.15am INSIDE the Syntagma metro station, one level below, beneath the hanging clock and he/she will be holding the orange colored Athens Walking Tour sign so you can recognize him/her

What to remember
Read more
When
Read more
Provider
Athens Walking Tours
Booking fee
Good news! No extra fees are applied to this booking.
Cancellation policy
Unfortunately, we can't offer you a refund nor can we change or cancel your booking for this particular product, due to our partner's policy. 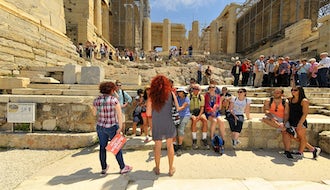 Printed ticket only
from:
$ 43 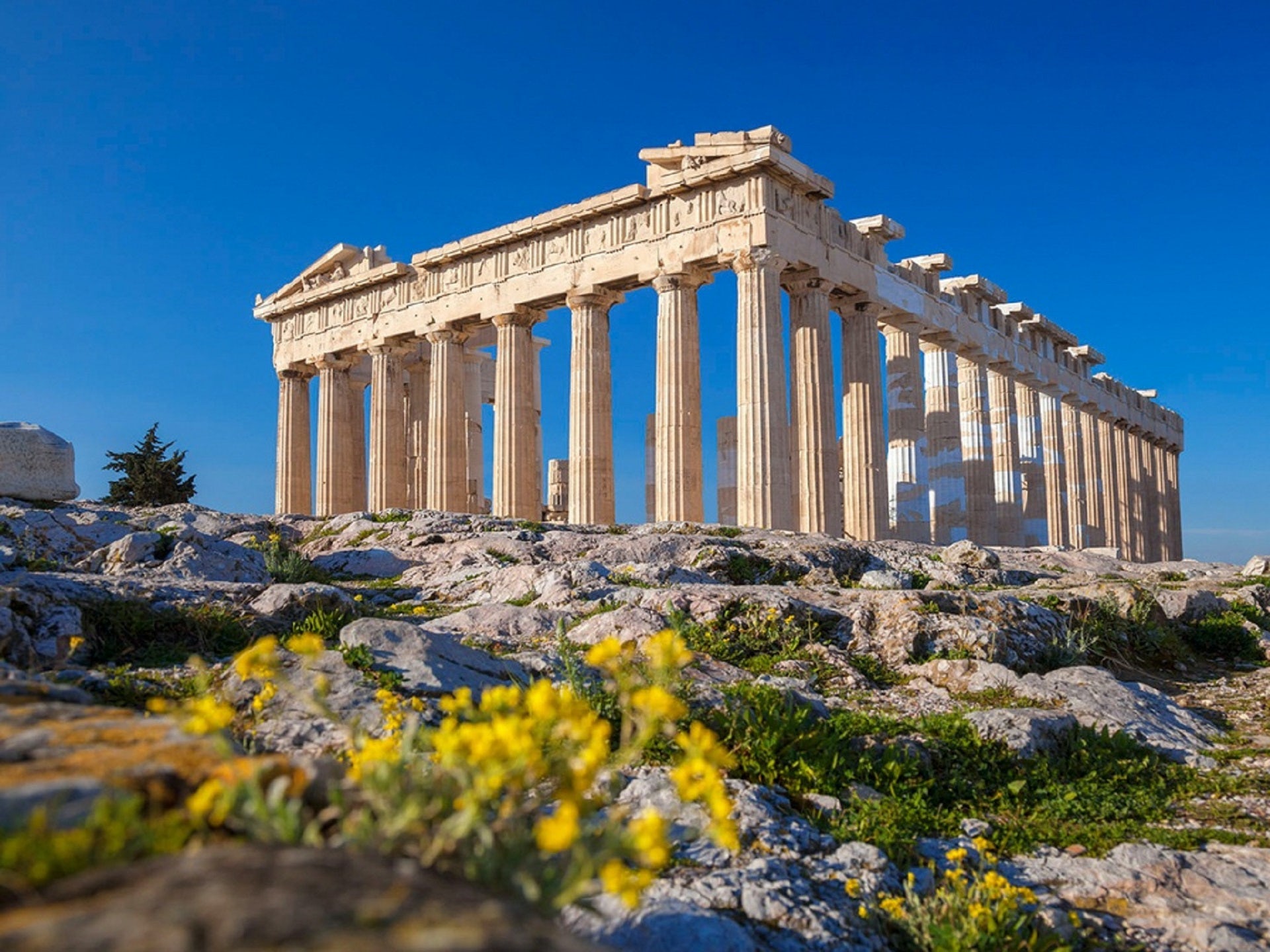 Enjoy a hassle-free visit to the most iconic attraction of Athens provided by an entry e-ticket that... Explore the capital of Greece and discover its secret paths accompanied by an Athenian. Enjoy a 4-ho... 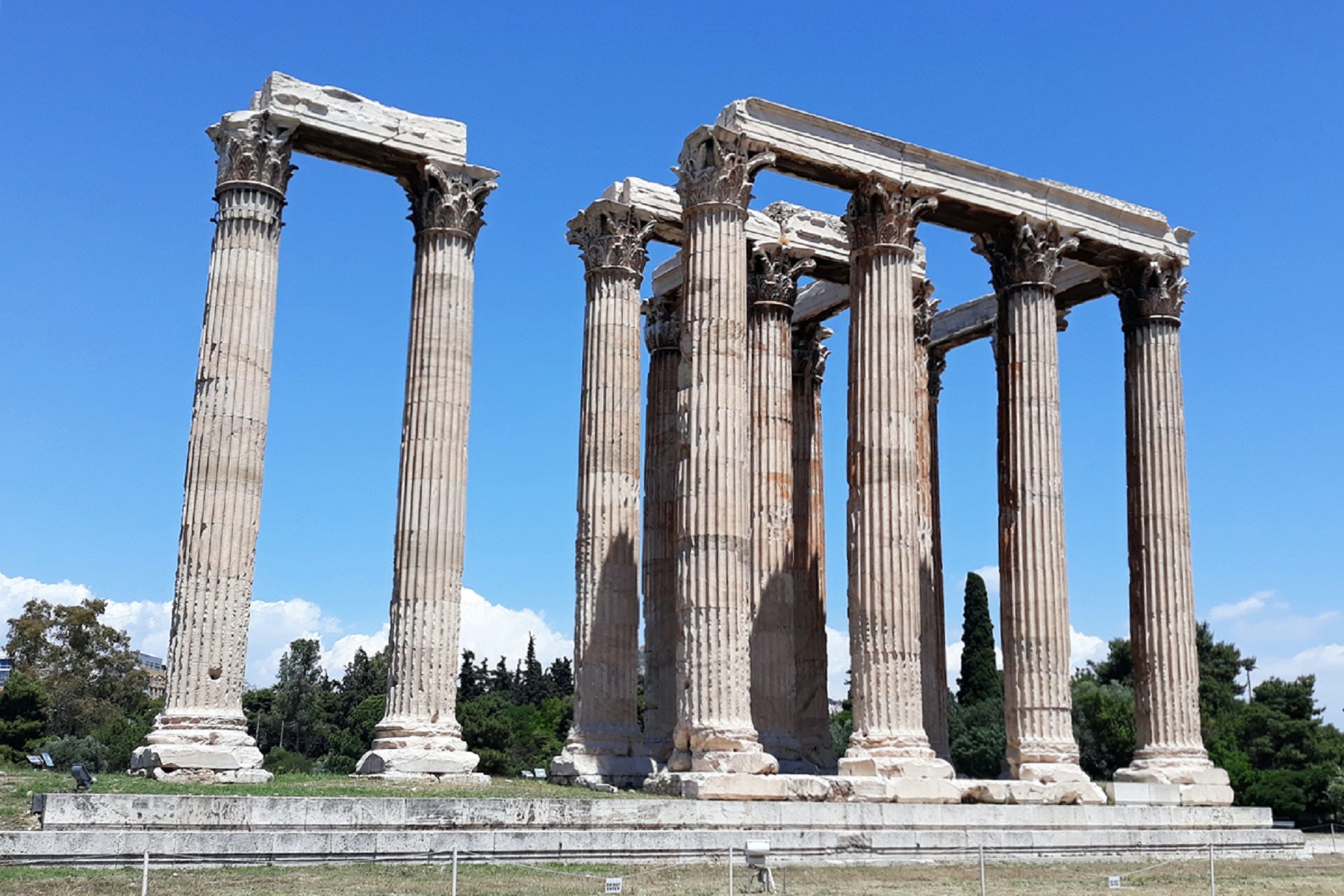 Athens: Temple of Olympian Zeus E-ticket with audio tour on your phone

Visit the Olympieion with a fast-track ticket combined with a self-guided audio tour on your smartph... 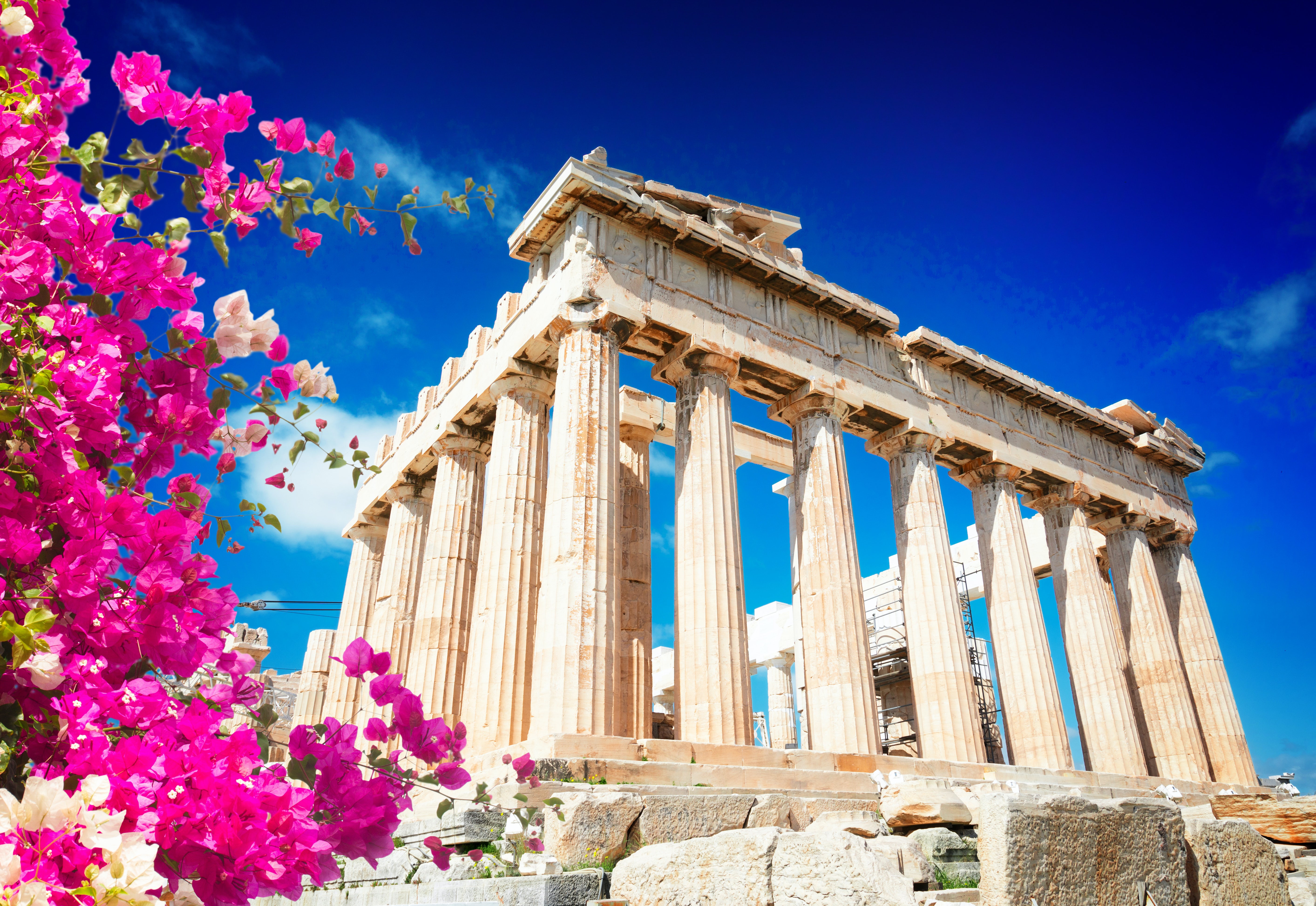 Trip to the Acropolis and Plaka distirct

Board your vehicle for the approximately 40-minute scenic drive into the heart of Athens, the famous...

Enjoy being at the center between the East and Europe, Greece has always enjoyed a great variety of ... The nights have always been special in Greece. Whether you long for a quiet drink under the bright s... Join the walking tour and see the most important sights in Athens in less than four hours. Once your... 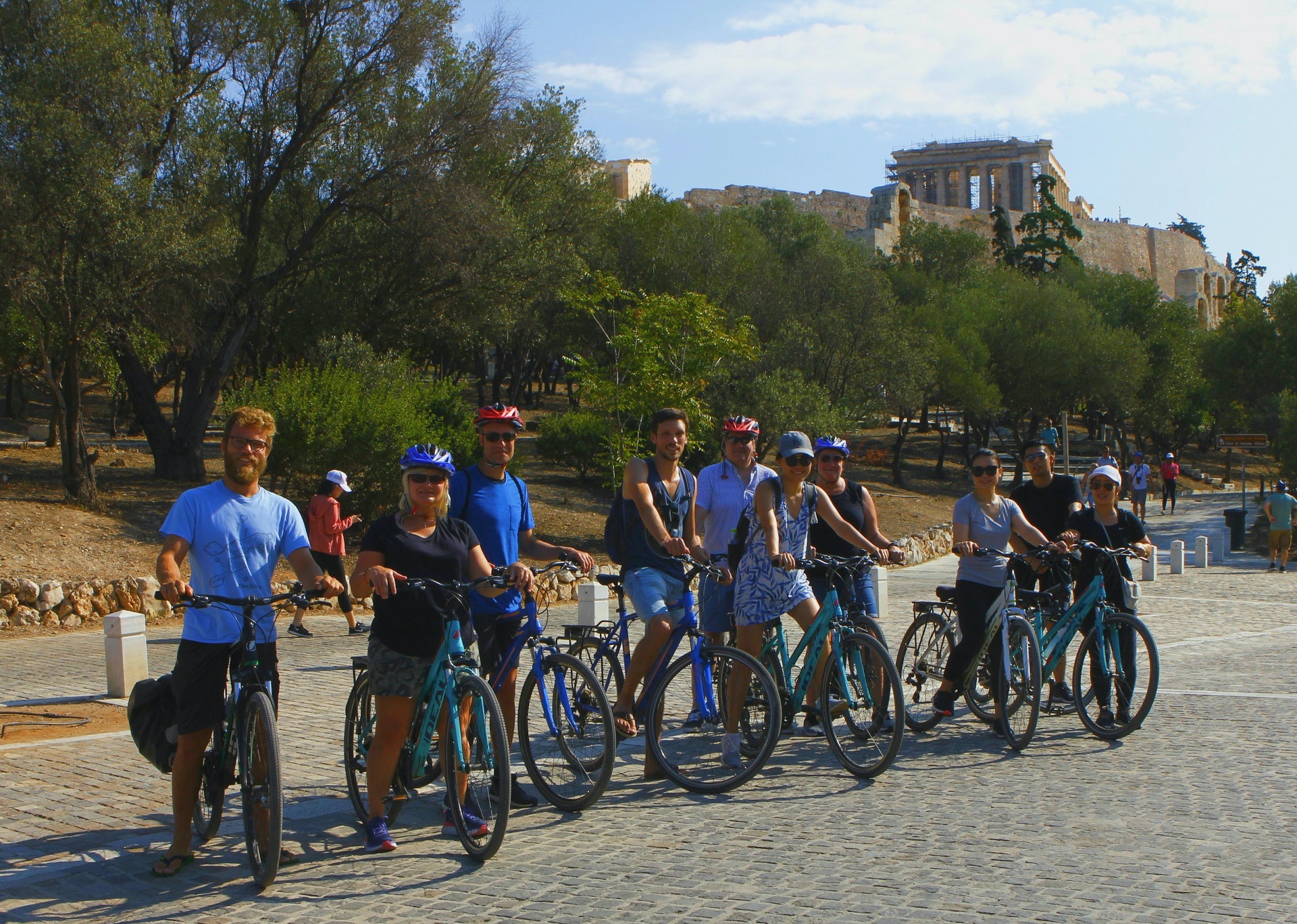 Athens bike tour is the best way to have fun while cycling and uncovering the charms of Athens with ...

Take a day out of your sightseeing in Athens to visit the stunning Meteora monasteries on this full-... You'll start your tour by being picked up at the lobby of your hotel, where you will meet your drive...

Athens
View all experiences
from:
$ 43