Trip to the Tabernas Desert from Granada

Visit the beautiful Desert of Tabernas, located outside Granada and home to the sets of some of the most iconic films shot in Spain. During the visit, you will feel immersed in the nature and see some incredible landscapes.

The tour will start from the entrance of the Oasys park, from where you will reach the artificial oasis built for the filming of the movie "Lawrence of Arabia". During the visit of approximately 2 and a half hours, you will discover more locations where well-known movies of the western genre were recorded during the 60s such as "Death had a price", "The Adventures of Young Indiana Jones", "How I Won the War" of John Lennon. You will have the opportunity, thanks to help of the tour guide, to compare the current locations with the old sets of the films.

After having enjoyed these wonderful locations and having discovered stories and anecdotes, as well as the formation of this natural site, you will head to the town of Tabernas to visit the Interpretation Center of Terrera Ventura where you will have the chance to learn more about the evolution of the Desert, its formation, as well as the remains that have been found of the first settlements of the town of Terrera Ventura. The tour will then take you the top of the Tabernas Castle to have a panoramic view of the Sierras Filabres and Sierra Alhamilla and much of the Desert.

What to remember
Read more
Provider
Andalucía Travel Experience
Booking fee
Good news! No extra fees are applied to this booking.
Cancellation policy
Receive a 100% refund if you cancel up to 3 days before the experience begins.

Trip to the Tabernas Desert from Granada

Mobile voucher accepted
from:
$103.00
Sorry, it's sold out
Unfortunately all tickets have been sold out for this event

Guided walking tour to the Alhambra, Generalife and Nasrid Palace. Discover one of the most important Spanish monuments with our expert guide!

Historical Granada private tour with a local guide: from the Muslim to the Christian era 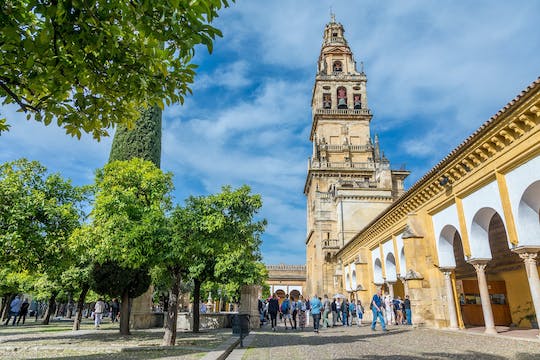 Duration up to 7 hours
Available in: 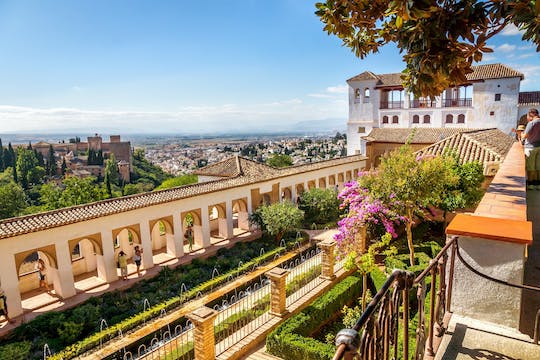 Join this complete tour of the Alhambra and Generalife gardens with an expert guide. Skip the line and begin your journey through history without delay!