La Traviata: the Original Opera by Giuseppe Verdi with ballet

based on 2 reviews
Home / Rome / La Traviata: the Original Opera by Giuseppe Verdi with ballet

Wheelchair accessible
Do this because
What to expect

La Traviata is a three-act opera composed by Giuseppe Verdi on an Italian libretto by Francesco Maria Piave. It was first performed on March 6th, 1853 at La Fenice opera house in Venice. Verdi insisted on finding an original and provocative idea for the audience in Venice, and decided to base his work on La dame aux Camélias (1852), a play adapted from the novel by Alexandre Dumas (fils). The piece was originally titled Violetta, after the protagonist. This famous opera remains among the most performed masterpieces of the entire lyric tradition.

Opera e Lirica soloists, from the most important Italian theaters and Music Academies, will perform this breathtaking story accompanied by choir and orchestra conducted by Maestro Nicola Samale. The audience will enjoy an extraordinary and memorable experience, surrounded by the fascinating atmosphere of the Basilica of Saint Paul Outside the Walls. The story will also be enriched by lovely ballet dancers who will perform romantic choreography.

The opera follows the story of the courtesan Violetta, who is introduced as a dissolute lady fiercely living free from any bonds. Later, however, she is unexpectedly overwhelmed by her love for Alfredo, an upper-class young man who warns her that she should take care of her health, since her lifestyle has led her to contract tuberculosis. Violetta renounces to her status and independence, leaving Paris to settle in the countryside with Alfredo. His father, however, reaches out to her to ask her to break up with Alfredo, because their relationship is compromising the honor of his family, preventing Alfredo’s sister to get married. Alfredo is unaware of the reason why his lover has broken up with him, and only finds out the truth when it is too late. Violetta, worn out by the phthisis, dies in his arms.

Violetta’s character was inspired by the real story of the well-known courtesan Marie Duplessis, who had also had a turbulent love affair with Alexandre Dumas fils himself. He saw her passing away when she was only thirty-three and he collected his memories of her in the renown book 'The Lady of the Camellias' on which La Traviata is based.

When
Read more
Provider
Opera e Lirica srls
Booking fee
Good news! No extra fees are applied to this booking.
Cancellation policy
Receive a 100 % refund if you cancel up to 24 hours before the activity begins. La Traviata: the Original Opera by Giuseppe Verdi with ballet
(2) This tour for small groups allows you to discover the best parts of the Vatican following the explan...

See the wonders of ancient Rome in a way that most people don't! Jump the queues with an expert prof... 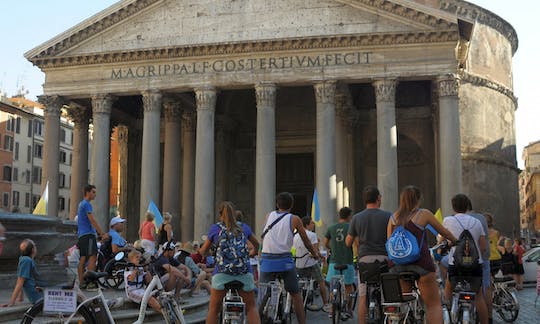 Rent an electric bicycle in Rome

Try the smartest, economical, and ecological way to visit Rome: rent an electric bike! With this rap... Pre-book this comfortable private transfer by luxury vehicle from Fiumicino Airport to hotels or oth... Retrace the Covid lockdown experience through the shots taken by a professional photographer among t... Follow in the footsteps of gladiators accessing the Colosseum through the Gladiators' gate! Enjoy fa... 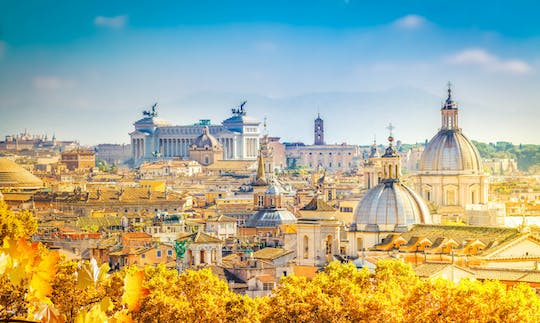 The Rome Experience Pass is a flexible multi-attraction pass that allows you to unlock your favorite...